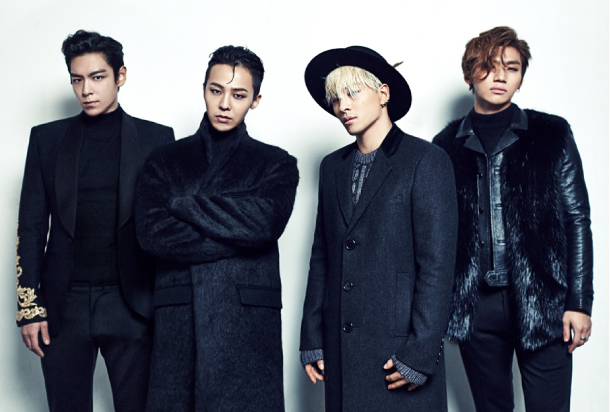 Boy band Big Bang is remaining loyal to its longtime partner YG Entertainment by renewing its exclusive contract with the agency for the third time.

On Wednesday, the agency announced that it has extended its exclusive contract with the members of Big Bang - G-Dragon, Taeyang, T.O.P and Daesung - who have been with the company for 15 years.

“With YG’s well-organized system and support, Big Bang will now make plans for their long-term goals in the future,” the agency said.

Big Bang debuted in 2006 and made a major impact in the music scene over the years. The group has dozens of hit songs that people still listen to today.

Not only is the decision proof of its “friendship” with YG Entertainment, but it’s also rare for big-name acts to stay with their agencies for nearly 20 years, explained YG.

“Big Bang is a group that changed the flow of Korea’s popular culture, beyond just music,” the agency said.

“We will support them to the fullest to ensure that they continue to write K-pop history as the most iconic artists in our company.”

Big Bang is now preparing new music to make its long-awaited comeback this year. The group was scheduled to perform at this year’s Coachella Valley Music and Arts Festival in April, but the event has been pushed to October due to the ongoing coronavirus outbreak.

The group’s next album will be its first release since the 2018 single “Flower Road,” which the group released before the members started their military duties.

Although the group is beloved by many for its unique music and style, Big Bang has been no stranger to controversy, with former member Seungri being at the center of the massive so-called Burning Sun scandal that broke in 2019, as well as G-Dragon and T.O.P, who have both been caught using illegal drugs.

Daesung was also investigated last year after tenants of a building he owns in Seoul were found to be providing illegal entertainment services.