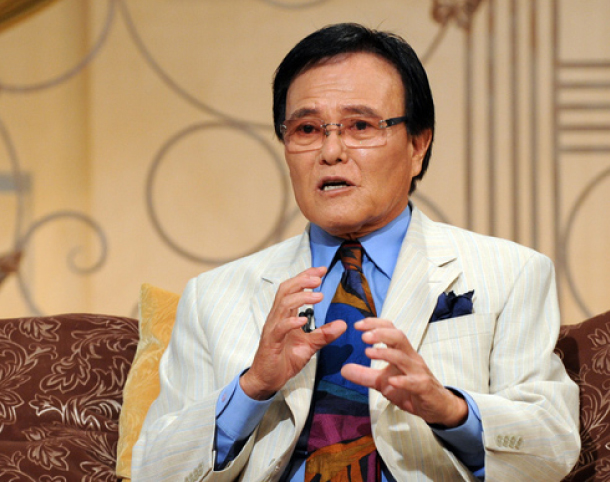 Korean-American comedian Johnny Yune passed away on Sunday in Los Angeles at the age of 84. [KBS]

Father of Korean comedy and the true first-generation Hallyu star, Korean-American comedian Johnny Yune passed away on Sunday in Los Angeles at the age of 84. He began the first American-style talk show in Korea, creating opportunities for local comedians and entertainers who hadn’t existed before.

“He was always humorous, even in his daily life,” veteran singer Cho Young-nam told the JoongAng Ilbo after hearing the news of Yune’s death. Cho was the co-M.C. of “The Johnny Yune Show,” which began in 1989.

Yune, whose Korean name was Yune Jong-seung, was born in 1936 in Eumseong County, North Chungcheong. He began his entertainment career in 1959 in Korea but flew to the United States to study vocal music at Wesleyan University on a Navy scholarship and then settled down there. His comedy career kicked off on the streets of New York City in 1964, where he mastered the art of stand-up at a cafe called Tel Aviv. He was loved by audiences for his quick wit, easygoing manner and ability to take sexist and racist remarks and flip them into jokes.

From top, Johnny Yune on the last episode of his show “The Johnny Yune Show” in 1992; Yune with French actor Nastassja Kinski at a press event in the 1990s; The comedian as an M.C. at a press event for “The Legend- World Pop Concert In Korea Part.1” in 2013. [JOONGANG ILBO, ILGAN SPORTS]

His breakthrough came in 1977 when he was seen by legendary talk show host Johnny Carson at a Santa Monica comedy club while Yune was trying to fill a 20-minute gap for Charlton Heston, who was running late. Soon after, he became the first Korean to perform on “The Tonight Show.” He went on to make 34 appearances on the show, the most for any Asian at the time. He even landed a film role in the 1982 movie “They Call Me Bruce?”

In 1989, he kicked off his career in Korea. When “The Johnny Yune Show” premiered on KBS, audiences unfamiliar with the light-hearted casual talk format found it refreshing. His jokes were beyond what Korean people thought they could see on television, which unfortunately proved to be detrimental, and the show was canceled just a year after it premiered, during the military dictatorship.

“There wasn’t freedom of expression, and television broadcasters had a lot of limitations,” he said during an appearance on KBS in 2011. “Even if we filmed like crazy, much of it would get edited out. I liked political and sexy jokes, but they were restricted a lot.”

According to Cho, Yune’s sense of humor was not just for show.

“His efforts went beyond the serious Korean atmosphere - it was revolutionary,” Cho said. “Unlike Korea, you can joke about anything in America. And he’s the person who imported that to Korea. I watched him by his side, and I was amazed at how he could humorously touch on social issues.”

Cho eventually hosted his own program, the “Cho Young Nam Show,” but he said that he could never match Yune.

“A talk show has to capture the everyday conversations that people have on camera. It was difficult to mimic his flirty, yet smooth lines.”

He was appointed an auditor for the Korea Tourism Organization in 2014 and served for two years.

He fell due to a brain bleed in 2016 and was treated for five months in Korea. He flew back to the United States to live with his ex-wife Julia Lee and undergo treatment there.

“I hope people remember me as someone who lived a happy, funny life,” he said during an appearance on TV Chosun in 2017. His body will be donated to the University of California, Irvine Medical Center, in accordance with his wishes.