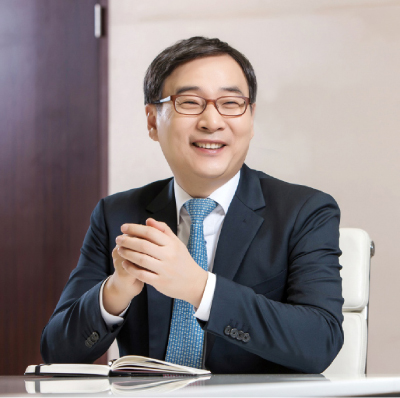 K bank, the beleaguered internet-only bank in Korea currently struggling with a capital shortage, nominated a new chief Wednesday as part of its rescue plan.

Lee’s earlier career at KT, which preceded his tenure at BC Card, is expected to help as the cash-strapped bank navigates an ongoing crisis. KT owns 69.54 percent of BC Card.

The online bank’s plan to relieve its capital shortage by issuing new stock was dashed recently, after the National Assembly sunk a revised bill on internet-only banks. KT had planned to become K bank’s largest shareholder in the process, expanding its stake from the current 10 percent to 34 percent.

The current regulations forbid non-financial firms with history of antitrust law violations from holding more than a 10 percent stake in an internet-only bank. KT was involved in a price-fixing case in 2016.

Lee started working for KT in 1989 before he was appointed CEO of BC Card in 2018. Lee led the card company through a digital transformation, achieving 8 million subscribers on its mobile payment app, Paybook, during his term. The 56-year-old also led KT’s creation of its Financial Security Data Center, a cloud service platform for financial entities, in 2017. The service was the first of its kind in Korea.

“Lee’s experience in internet and communications technology within finance, as well as his strategy, are expected to help the company break through the crisis,” the company stated in a press release. “Lee was evaluated [by the committee] to be an apt candidate to solve K bank’s imminent challenges such as issuance of new stocks.”

Lee is expected to get the final nod at the shareholders’ meeting on March 31. His term will last two years.