Filmmaker Yeon-woo is still struggling with the aftermath of his daughter’s death after a car accident.

Still living in sorrow, Yeon-woo suffers from insomnia, but he still needs to finish making the film that he started before the tragedy. At an audition, he meets Su, a rookie actor, and he can’t hide his surprise - she is the women with a snake tattoo that keeps reappearing in his nightmares.

Su is cast in the film and production finally begins. One day, however, Yeon-woo wakes up in a different reality where he is making a film about a father’s loss of his daughter. In this world, Su is his wife. While he shifts from one world to the other, Yeon-woo grows more and more confused about what is real and what’s not.

In 1969, Japan’s economy is thriving and a Korean family settles in an small town near the Kansai airport in Osaka. The family consists of Yong-gil, Young-soon, their three daughters Shizuka, Rika and Mika, and the youngest son Tokio.

Shizuka and Rika are Yong-gil’s daughters from a previous marriage, while Mika is from Yong-soon’s last marriage. Although it’s their second marriage, the family cares for each other with love.

The family runs a gopchang (grilled intestine) restaurant called “Yakiniku Dragon,” but business is poor. They also face discrimination, but march on in the hopes of a better day to come. However, their dreams are tarnished when the government declares that the town is state-owned and orders everyone out. With nowhere to go, the family starts to turn against one another.

The film is based on a real case that was reported in the New York Times Magazine article “The Lawyer Who Became DuPont’s Worst Nightmare” in 2016. Mark Ruffalo stars as Bilott and Anne Hathaway plays his wife Sarah.

Cecilia runs away in the dead of the night from her controlling boyfriend Adrian with the help of her sister Harriet and her childhood friend James.

However, when she meets Adrian again, he’s a pile of ash - she is told that he had slit his wrists at the shock of Cecilia leaving him, and has left $5 million of his vast fortune to her. Cecilia immediately realizes that his death was faked, and all around her she begins to feel his presence, although she cannot see him.

A brilliant scientist before his death, Cecilia suspects that Adrian has found a way to become invisible, and she begins a lonesome battle against him despite the fact that nobody believes her. 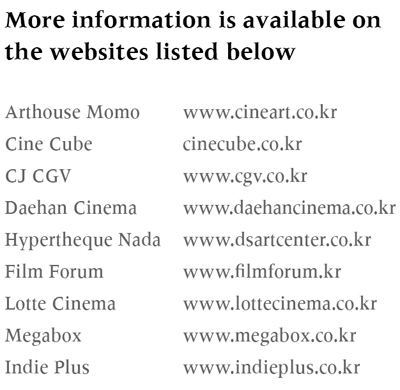