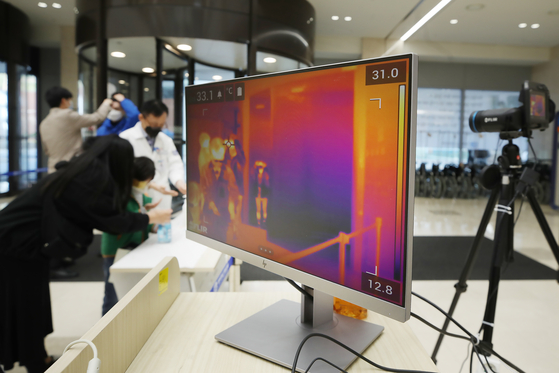 With over 7,500 cases of new coronavirus infections reported throughout Korea, medical professionals are struggling to pinpoint an exact set of symptoms indicating the infection’s onset.

Early cases of coronavirus infections were often associated with respiratory problems, but doctors at the scene of mass infections say patients have exhibited a variety of symptoms ranging from headaches to diarrhea.

Chinese medical professionals with firsthand knowledge of the initial outbreak in China wrote a paper for the New England Journal of Medicine noting a wide range of clinical characteristics of the coronavirus disease. According to a study by the authors on 1,099 confirmed virus patients in various provinces throughout mainland China, coughing was the most common symptom of the disease, accounting for around 67.8 percent of all patients.

Korea’s Patient No. 29, who got the disease on Feb. 16, and another patient in his 20s who tested positive late last month, both complained of chest pains before they both tested positive for the virus. Such pains are likely to be linked to the development of pneumonia in the lower areas of patients’ lungs, experts say.

“While there are no nerve endings on the inner parts of the lungs, the outer coating, or pleura, of the lungs have a lot of nerve endings that can cause intense pain if affected,” said Yum Ho-kee, a pulmonologist at Inje University Seoul Paik Hospital. “Inflammation on the outer edges of the lungs may be manifested with a ‘pulling’ or ‘stabbing’ kind of pain.”

Professor Kim Woo-joo, an epidemiologist at the Korea University Guro Hospital, said there was even one virus case where a patient had continuous hiccups, possibly caused by growing inflammation in the lungs that affected the diaphragm.

Cho Chi-heum, the head of Keimyung University Dongsan Medical Center in Daegu where hundreds of patients are being treated, said of the 340 virus patients with light symptoms, more of them experienced diarrhea than coughing.

Diarrhea appears to be a common symptom of all coronavirus strains, which includes those that caused severe acute respiratory syndrome (SARS) and the Middle East respiratory syndrome (MERS). Yoo Jin-hong, an epidemiologist at St. Mary’s Hospital in Bucheon said the first MERS patient in Korea in 2015 suffered from diarrhea, as did 20 to 30 percent of all SARS and MERS patients recorded.

Patients with lighter symptoms may not even develop a fever, but headaches and muscle pains are common indicators of the virus. Yum noted that one of the precursors to respiratory problems is a feeling of light-headedness, which many people may brush aside because it doesn’t seem serious.

Older patients may not develop a fever even after infection because of their aged immune systems.

In Japan, one patient in his 20s developed meningitis, believed to be caused by the virus infecting the patient’s nervous system. This is the first reported precedent for such a symptom, though Yum noted that influenza or even the common cold can cause meningitis if it progresses. “There are cases where patients come in complaining they cannot smell anything, which is caused by the virus attacking the nervous system,” said Kim.

The most frightening cases, according to one employee working at a virus testing center in Daegu, is when a patient has no symptoms at all but tests positive. “Around 10 percent appear to have no symptoms at all,” the worker said.