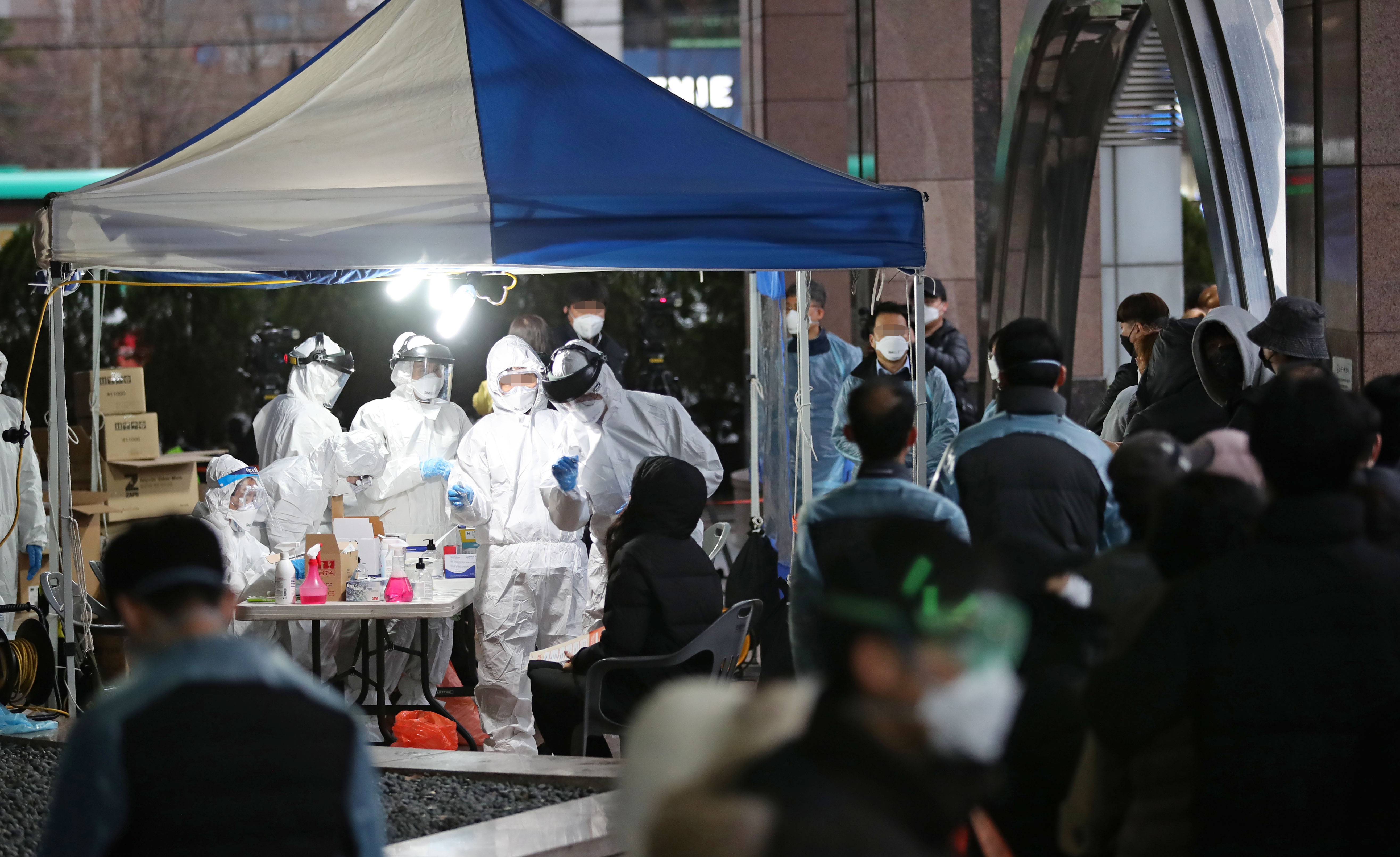 Health officials examine people at a special testing center set up on the first floor of the building in southwestern Seoul where the largest cluster of infections in Seoul were found on Tuesday. [YONHAP]

A total of 93 cases of coronavirus infection were linked to a call center in southwestern Seoul, the capital's mayor said Wednesday, spawning concerns about potential mass transmission in a metropolitan area that is home to 25 million people.

"Based on a screening of 207 employees working at a call center on the 11th floor of the Korea Building, 93 cases have been confirmed.

A total of 553 call center employees who work on the seventh to ninth floors of the building in the Sindorim neighborhood are being screened, he said, adding that no additional cases have been found outside of the 11th floor.

Sindorim is one of the busiest neighborhoods in southwestern Seoul, with subway lines No. 1 and 2 that connect Seoul to nearby Incheon and Gyeonggi, as well as Gangnam in southern Seoul, passing through.

Among the cases, Seoul accounted for the highest number of infections with 65 patients, followed by 15 in Incheon and 13 in Gyeonggi, according to Park.

The call center is so far the biggest Covid-19 infection cluster in Seoul, which is home to 10 million people. When including nearby Gyeonggi and Incheon, the case poses a potential risk to the wider metropolitan area's population of 25 million.

"Seoul city will make sure to respond in a certain and meticulous manner so that the call center group transmission will not develop into the cases seen in Daegu and North Gyeongsang," Park said, referring to the southeastern regions that have been pounded by infections related to the minor religious sect Shincheonji.