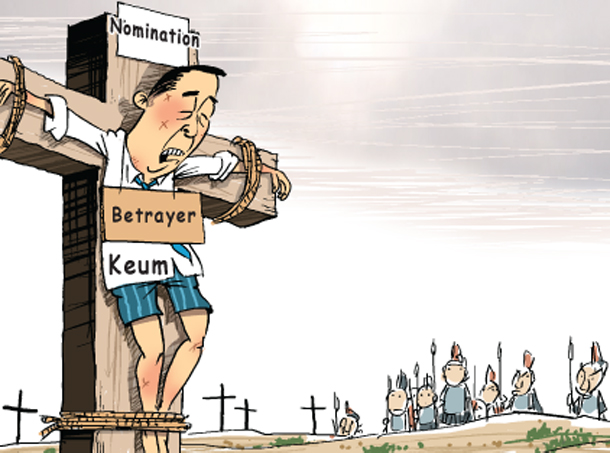 The defeat of Rep. Keum Tae-sup, a first-term lawmaker of the ruling Democratic Party, in the nomination race for a seat at the National Assembly is attributed to the antipathy of core members of the party toward his straightforward attacks on controversial former Justice Minister Cho Kuk during a confirmation hearing. [PARK YONG-SEOK]