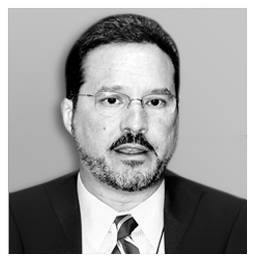 Every fall semester in my class at Georgetown University on the international relations of Asia I have the students do an exercise to judge which transnational threat would be most destabilizing to the region geopolitically. Most years they choose climate change over terrorism, crime, pandemics or other non-state causes of instability. I wonder if next semester they might unanimously choose pandemics given the fear and uncertainty surrounding Covid-19.

Hundreds of scientific teams modelling the spread of the coronavirus have produced a wide range of estimates, from a low of tens of thousands of deaths globally to an unlikely but frightening high of tens of millions dead. The lower-end estimates would cause a small tremor in domestic and international politics in many regions of the world but would not cause a tectonic shift. By way of perspective, tens of thousands of Americans die every year from either traffic accidents or gunfire (a little over 30,000 from each last year). On the other hand, the extreme scenario of tens of millions could cause collateral damage to political legitimacy and trade that might prove as damaging to geopolitics as other historic shocks to the international system such as the Great Depression.

As Thomas Wright and Kurt Campbell noted in the current issue of The Atlantic Monthly, governments set aside differences after previous crises, such as the 9/11 terrorist attacks and the 2008-2009 financial crisis, avoiding “beggar-thy-neighbor” protectionism and emphasizing international collaboration. However, over the last decade we have seen rising populism and nationalism around the world, and the result is evident in the way political leaders are blaming other governments and other political parties rather than focusing on cooperation in the current crisis. In Western social media there has been a viral spread of conspiracy theories that the cause of the coronavirus was the Wuhan Institute of Virology’s supposed secret work on weapons for the People’s Liberation Army, as well as Sinophobic videos purporting to show Chinese women eating bats with chopsticks. Chinese social media has also been full of memes that the C.I.A. caused the coronavirus to weaken China. Western governments have done far too little to counter the nativist narratives in their societies, while there is clear evidence that the Chinese Communist Party is actively promoting the false claims that the C.I.A. caused coronavirus. I have told my students in class that pandemics could foster greater suspicion or cooperation — severe acute respiratory syndrome caused more suspicion while avian influenza in 2005 led to more cooperation. This time suspicion appears to be winning, and that adds more friction to international relations.

I was stunned to hear an otherwise reasonable senior Chinese official recently tell me that Japan and South Korea were a threat to China because the democratic systems of those countries would be less efficient at controlling the virus. There is already an emerging battle between China on the one hand and the United States and other democracies on the other about whether China’s authoritarian model or the open democratic model are more appropriate for developing Asia. Western commentators have noted Taiwan’s relative success in dealing with the virus and have argued that this shows the weaknesses of the Chinese system, but the Chinese propaganda machine is trying to claim that the opposite is true. For now, the Chinese Communist Party appears to have the weaker case, but the coronavirus has clearly become a new front in the ideological contest over the future of Asia.

3. Anesthetizing U.S.-China decoupling but accelerating it too

While the coronavirus will clearly stunt GDP growth across the region — probably zero growth for Japan, South Korea and China for the first two quarters of 2020 — the virus has also prompted the Trump administration to give China more time to complete its commitments under “phase one” of the U.S.-China trade deal — commitments that China was unlikely to make and that might have triggered more retaliation from the United States as a result. If the virus continues to spread in the fall, however, it could accelerate the partial decoupling of supply chains already triggered by the U.S.-China trade war.

Donald Trump, Shinzo Abe and Moon Jae-in have all had early missteps with the coronavirus. The first test of the political damage will come with the April elections in South Korea. Trump and Abe might have time to recover before they face elections (in the fall for Trump and 2021 for Abe’s tenure in the ruling party) because macroeconomic modeling of natural disasters like pandemics usually features a rapid increase in GDP growth once the crisis has passed and people begin shopping, traveling and working again. But if there is clear evidence that more people died because of early mismanagement or if the virus returns with a vengeance in the fall as some expect, then the political damage to incumbent parties in democratic states will be substantial.

The North Korean regime has claimed there are no cases, and Pyongyang certainly is prepared to take the most draconian steps to contain the virus. But with over 80,000 cases already reported in China, it is hard to imagine that the virus has not already entered North Korea’s already sickly population and rickety health system. The regime withstood a famine that killed millions in the 1990s, but if North Korea becomes the epicenter for the disease, this will change Chinese, Russian and South Korea calculations about interactions with the North and may change Kim Jong-un’s strategic patience toward Seoul and Washington — adding yet another unpredictable factor.

While the pattern so far has been for the coronavirus to add more viscosity than collaboration, one can still hope that political leaders will be wise enough to recognize that blaming others will only make their own electoral and health situations worse — and that they might see the political, economic and public health advantages of emphasizing mutual support and cooperation going forward.