Court rules in favor of Steve Yoo: Singer wins lawsuit against the consulate that denied him a visa

Court rules in favor of Steve Yoo: Singer wins lawsuit against the consulate that denied him a visa 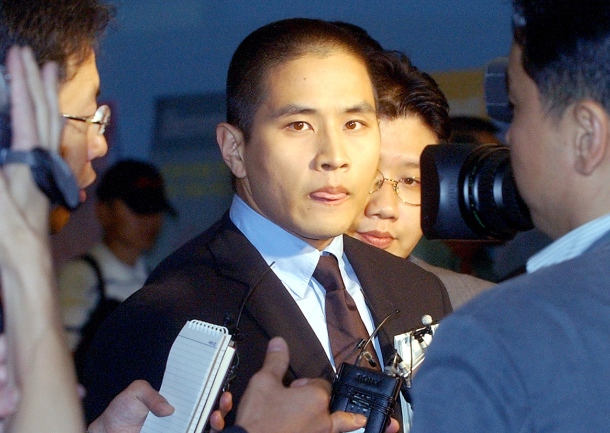 Steve Yoo, or Yoo Seung-jun, 43, is likely to apply for an F-4 visa again after winning a lawsuit against the Korean Consulate General in Los Angeles after he was refused a visa in October 2015. [YONHAP]

For the first time in 18 years, Korean-American singer Steve Yoo (also known as Yoo Seung-jun), who was banned from entering Korea in 2002, may have the ability to visit Korea, after a ruling by Korea’s top court on Friday.

The Supreme Court upheld a lower court’s decision that was handed down in favor of the singer in a lawsuit against Korea’s diplomatic mission in Los Angeles for refusing to grant him a visa.

Yoo, 43, had been banned from entering Korea, a decision made by the Ministry of Justice in 2002 based on the Immigration Act.

The singer became the subject of public outcry after he filed for U.S. citizenship in January 2002 when he was designated to serve his two-year mandatory military service the next month.

After botched attempts to enter the country, he filed a lawsuit against the Korean Consulate General in Los Angeles in October 2015 for refusing to grant him a visa. Yoo reportedly applied for an F-4 visa, which is usually issued to Koreans living overseas.

In 2017, the Seoul High Court ruled the refusal was appropriate, but the Supreme Court in July 2019 ordered the same court to revisit the ruling, saying it violated due administrative procedure. In November last year, the appeals court ruled in favor of Yoo.

But the top court’s decision does not mean that Yoo’s entrance to Korea will be automatically permitted as the main contentious point in the lawsuit was whether the visa refusal was proper.

Yoo is expected to apply for a visa again, but there is the possibility that the Korean Consulate General in Los Angeles may reject the visa issuance, citing other reasons.

“We expect an appropriate decision that will be commensurate with the purpose of the ruling as the top court handed down the same decision twice,” a legal representative of Yoo said.

Korea’s Ministry of Foreign Affairs said if Yoo applies for a visa, it will decide on whether to issue it after consulting with related agencies.

“The government will decide on whether to grant the plaintiff a visa through the legitimate exercise of discretionary authority,” the ministry said.

Yoo had been a mega-hit singer until the citizenship issue sparked public fury in a country where mandatory military service is a sensitive issue.

The backlash against him was perhaps further aggregated by the sense of betrayal that the public felt because the singer had built up a favorable image and spoke frequently in public about his military duties.

On various television programs, Yoo repeatedly said that “All Korean men should go to the military,” implying that he, too, would serve the required service.

By law, all able-bodied men have to serve in the armed forces for around two years before the age of 38.