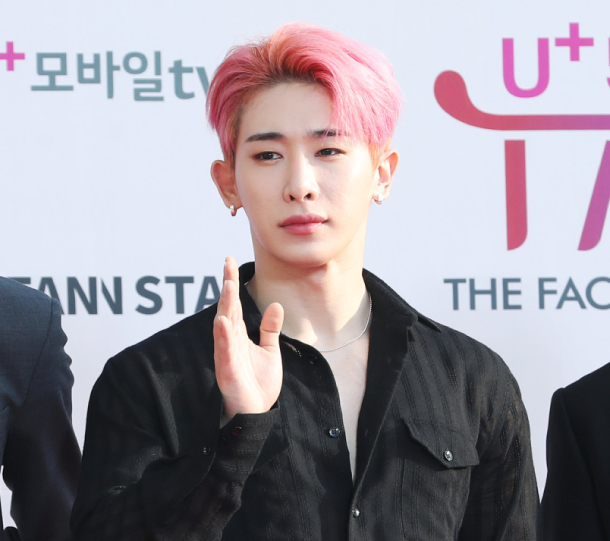 Lee Ho-seok, a former member of the K-pop group Monsta X who performs as Wonho, has been cleared by police of suspicions of smoking marijuana, according to his agency Starship Entertainment on Saturday.

“The Seoul Metropolitan Police Agency ended an investigation into Wonho’s alleged drug abuse on Tuesday and declared Wonho free from all suspicions,” the agency said.

According to the agency, Wonho actively cooperated with the police investigation over the last five months, and police have not found any evidence of drug abuse.

“We have waited patiently for a long time during the investigation period, minimizing Wonho’s contact with the public and appointing his legal representative,” the agency said. “From now on, we won’t hesitate to support Wonho as he takes steps to fulfill his dream.”

The singer was caught in series of disputes last October that began when social media celebrity Jeong Da-eun claimed that Wonho owed her 30 million won ($26,000) and claimed that they had smoked weed together.

When the police investigation began, the agency announced that it would terminate its contract with the singer but added that “we will do our best to help Wonho to diligently cooperate with the investigation.”

As the singer has been cleared of all suspicions, the official statement from the agency may be hinting at his return to music.

After Wonho’s exit from the group, Monsta X debuted in United States as a six-member group last month, with its first full-length American album “All About Luv.”