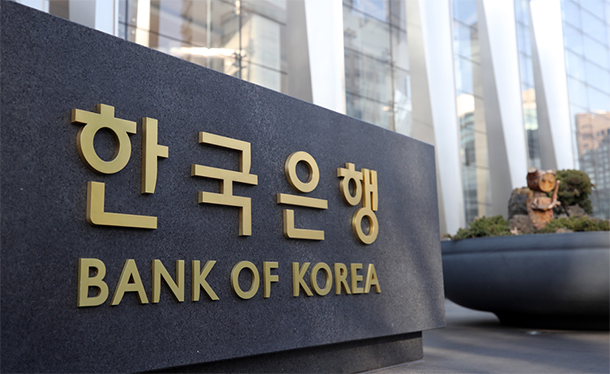 The Bank of Korea (BOK) slashed the country’s key rate by 50 basis points to 0.75 percent Monday, an all-time low, echoing the nervousness of central banks around the world about the effects of the coronavirus pandemic on the world economy.

The new borrowing costs will be applied starting Tuesday.

It is the first time in 12 years that the central bank adjusted the key interest rate outside of a regular meeting of its monetary policy board.

The central bank convened an extraordinary meeting of the board Monday in response to the U.S. Federal Reserve’s earlier-than-expected rate cut Sunday.

The Federal Reserve, which was scheduled to hold a two-day Federal Open Market Committee meeting Tuesday, made a surprise cut Sunday by a full percentage point to a range of 0 to 0.25 percent. The 0 percent range for borrowing costs was first reached since the 2008 financial crisis.

The BOK’s monetary board held the base rate at 1.25 percent at a regular meeting back in February, citing concerns over a real estate bubble and the need for fiscal stimulus rather than monetary stimulus.

The monetary board only held two extraordinary meetings in the past. The first was held in September 2001, when the board decided to cut the rate by 50 basis points after the 9/11 terror attacks. The latest one in October 2008 resulted in a 75 basis point cut in response to the global financial meltdown.