Kakao Bank to go with Yun Ho-young as sole CEO

Kakao Bank to go with Yun Ho-young as sole CEO

Kakao Bank co-CEO Yun Ho-young will serve as the internet-only bank’s sole CEO from now on, the company said Tuesday.

Kakao Bank said it convened an executive appointment committee on Tuesday where it decided not to nominate any new candidate for the co-CEO post, which is currently vacant. The committee was held prior to Kakao Bank’s scheduled shareholder meeting at the end of this month. 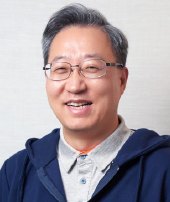 Lee Yong-woo, who has been running the internet-only bank with Yun, resigned in January to go politics scene, joining the ruling Democratic Party.

The committee said that Yun has considerable experience is IT and finance and the right person to steer the company through these difficult times in the business.

Kakao Bank was formed 2017 under the leadership of Yun. It secured 10 million subscribers in its first two years. The bank has 20.7 trillion won in deposits and 14.9 trillion won in loans as of the end of 2019.

“It was time for us to acknowledge the possibility of mobile banking and built basis for expansion until 2019,” said Yun. “From this year, we will focus on expanding service and fortifying the subscriber pool so that Kakao Bank will be the first to come to mind when thinking of mobile finance.”