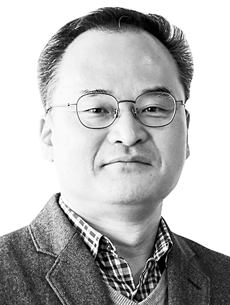 Which country is the United States most afraid of? In terms of diplomacy and national security, Russia tops the chart. During a hearing of the House Armed Services Committee last April, U.S. Army Gen. Mark Milley, chairman of the Joint Chiefs of Staff, testified that Russia was the “only existential threat” to America and that Moscow’s nuclear weapons made it the sole country on Earth “capable of destroying” the United States.

Then, which country is the biggest existential threat to Korea? The answer lies in our history. All-out wars that determined whether we got absorbed into another state mostly began from the northern regions. The Korean Peninsula was indeed left in ruins after the 1592-98 Japanese invasions of the Joseon Dynasty and Japan’s subsequent 1910-45 colonial rule, yet history shows that the biggest threats came from the north of the peninsula. Each time a dynasty of vast population rose in China, Korea had to suffer. Our history is tinged with such painful memories from the demise of the Gojoseon Kingdom to the mortifying surrender of the Joseon Dynasty to the Qing Dynasty of China. The northern dynasties had different names — Han, Sui, Tang, Liao, Yuan, Qing — but when the time came, their warhorses came charging south toward the Korean Peninsula.

The last battle of the Silla Kingdom, which unified Korea with the help of the Tang Dynasty of China, was not the Battle of the Pyeongyang Castle. It was the Seven Years’ War between Silla and Tang after the Goguryeo Kingdom collapsed in 668 and Baekje in 660. Korean history books only highlight the Battle of Maesoseong in which Silla captured 30,000 warhorses from Tang, but in the larger picture, Silla had to risk its entire fate to fight its powerful enemy Tang. One major crisis came when Silla lost all seven of its greatest commanders in a battle. If Silla had caved in, Tang’s Protectorate General to Pacify the East would have advanced south all the way to Gyeongju.

Korea’s Goryeo Dynasty lost its capital Gaegyeong when the Khitans waged their second invasion. Emperor Shengzong personally led his expeditionary forces to Goryeo, and Gen. Gangjo, who at the time was the commander of the Goryeo military, was taken prisoner and executed. But when the Khitans invaded for the third time, Goryeo’s cavalry forces knocked out the elite troops of Khitan’s Gen. Xiao Baiya. One can only guess how triumphant Goryeo must have felt to become the “regional balancer” after that victory by the fact that the neighborhood of Nakseongdae, the birthplace of Gen. Gang Gamchan of Goryeo, exists to this day in southern Seoul.

The age of war is over now, yet the cold reality that power prevails above everything remains. China’s Sinocentrism remains the same as seen in the Monday phone call between Chinese Politburo member Yang Jiechi and U.S. Secretary of State Mike Pompeo. According to China’s state-run Xinhua News Agency, Yang told Pompeo that any move harming the interests of China will be “countered resolutely.” It was the Sui Dynasty that unified China after the period of the so-called Wei Jin North and South Dynasties and mobilized 1 million troops across the Liao River to attack Korea’s Goguryeo Kingdom. And it was also the Chinese Communist Party that unified China’s checkered ideological landscape following the collapse of the Qing Dynasty and crossed the Yalu River during the 1950-53 Korean War to head south. A diplomatic source once told me that in the middle of a defense ministerial meeting between Washington and Beijing during the Obama administration, China’s delegation pointed to the Korean Peninsula on a world map and said, “That place is our jurisdiction,” after the U.S. delegation pushed China on an Asian issue.

The ongoing debate on whether the Korean government made appropriate measures in the early stages of the coronavirus outbreak also affected Seoul-Beijing relations. Faced with criticism that Seoul treated Beijing with kid gloves, the ruling Democratic Party (DP) claimed the government was acting calmly on the issue while considering trade and people-to-people exchanges with China. What made me speechless was the party’s logic that if we treat China kindly, China would do the same for us. How could the ruling party expect China to yield its national interests to Korea when the two countries do not have the same interests?

The DP is trying to cover up the government’s botched early response to the coronavirus outbreak by saying Seoul had no other choice due to its “crucial relationship with China.”

We cannot make our national interests identical with China’s just because it’s an important neighbor. Doing so would be neglecting our history and pride. As history made clear, our crises always originate from the north.