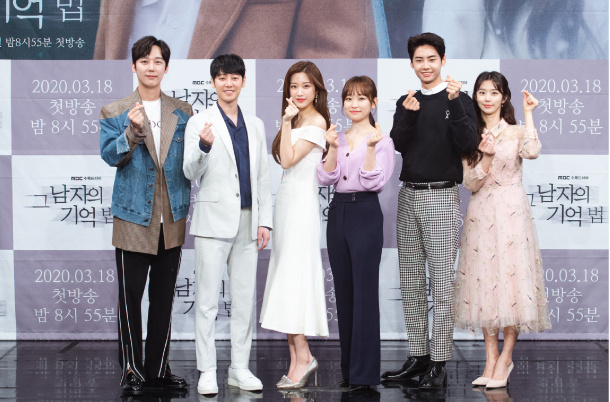 From left, actors Yoon Jong-hoon, Kim Dong-wook, Mun Ka-young, Kim Seul-ki, Lee Jin-hyuk and Lee Ju-bin pose for photos at a press conference for the MBC drama series “Find Me in Your Memory.” The series tells the story of a romance between a news anchor Lee Jung-hoon (played by Kim Dong-wook) who suffers from hyperthymesia and a young celebrity named Yeo Ha-jin (played by Mun). [NEWS1]