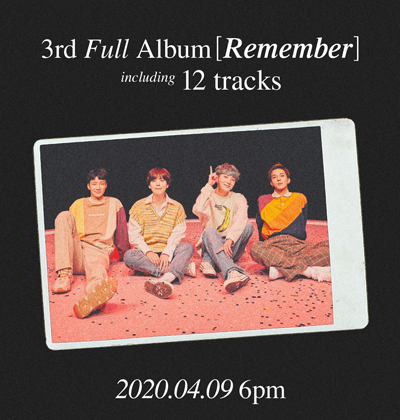 “Winner’s next full-length album, ‘Remember,’ will be released at 6 p.m. on April 9 and will feature 12 tracks,” the agency said.

“Remember” is the band’s first full-length album since 2018’s “EVERYD4Y” and the group’s first release since its EP “Cross” came out in October 2019.

The group recently wrapped up its Asia tour by streaming a performance for fans through Naver V Live due to the coronavirus outbreak.

Preorders for the album began on Wednesday.