Nongshim rides wave and helps in the crisis

Nongshim rides wave and helps in the crisis 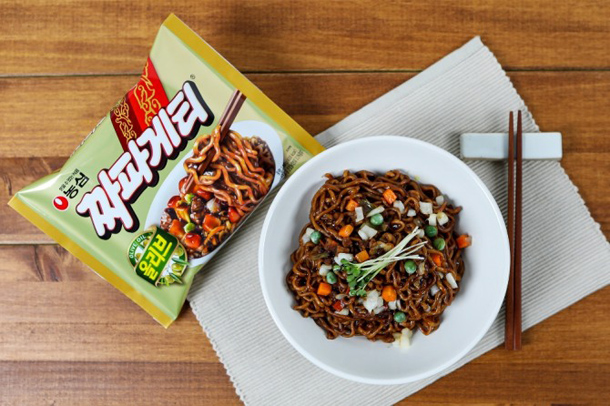 Nongshim is on a roll.

After a noodle dish using two of its products was featured in “Parasite,” which won four Oscars, the coronavirus crisis hit.

As instant noodles are a good food for times of extreme crisis, and are especially good for people digging in for the duration, the company has been working overtime, quite literally, to meet demand.

An unheralded symbol of Korea’s relative success in the battle against the virus is the well stocked convenience stores and supermarkets, which greatly contrast the stripped shelves in the United States.

Nongshim products always seem to be in stock even as they fly off the shelves.

All five of the company’s domestic factories are running around the clock, up from the normal 16 hours a day of operations.

Shipments are up 30 percent since mid-February.

Since the first case of the new coronavirus hit Korea, Nongshim’s stock price is up more than 15 percent.

The benchmark Kospi has declined more than 25 percent over the same period.

In the background, the Chapagetti craze remains in full swing. While some people are buying the company’s products as survival food, others still seem to be driven by a pivotal scene in “Parasite.”

In that scene, Nongshim’s black bean paste noodle-based Chapagetti is combined with the company’s Neoguri ramen. The dish was there by happenstance, the company insists, and was not a product placement.

It might as well have been, given the result. Following any number of YouTube videos on how to make the dish - which is called chapaguri - sales of the component noodle products have boomed. Nongshim uploaded its own recipe for the dish on its homepage and made it available in 11 languages.

According to the company, Chapagetti sales in February hit $1.5 million, an all-time high for the dish, which has been around since 1984, and more than double sales a year earlier.

After the movie’s Academy Award win, the company received calls from some unexpected places, like Chile, Bahrain, Palau and Sudan. Chapagetti is now available in more than 70 countries.

By country, the United States was Chapagetti’s biggest foreign market in February. It consumed $700,000 of the noodles that month, which is triple the figure of the No. 2 market, China, with $220,000.

Nongshim’s only U.S. plant is in Rancho Cucamonga, California. There the company produces all its major noodle products, including Shin Ramyeon, Chapagetti and Neoguri.

According to Korea Agricultural Trade Information statistics, ramen exports jumped 25 percent on year in January and February. Exports totaled $80 million during those two months. Korea’s overall food exports were up 0.2 percent during that period.

By country, China bought $17.25 million of the exports, a 31.9 percent increase on year. Ramen exports to the United States were up 20.4 percent, while those to Japan increased 40.1.