The safest movie experience is in your car: Drive-in theaters may have survived for this moment of paranoia

The safest movie experience is in your car: Drive-in theaters may have survived for this moment of paranoia 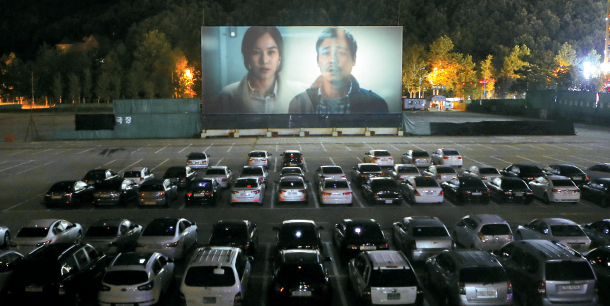 Drive-in theaters are hot tickets once again because of the virus pandemic. Above is a 2012 photo of the Jayuro Drive-in Theater in Gyeonggi. [JOONGANG ILBO]

A night at the drive-in is a popular idea once again thanks to the coronavirus outbreak.

Over the weekend, Jamsil Drive-in, currently the only drive-in theater in Seoul, was packed - with long lines of cars hoping to catch the next show.

It didn’t seem to matter what movie was showing. The only thing that mattered was that it was the safest movie-going experience in the country.

Yun Hye-kyung, a spokesman for the Jayuro Drive-in Theater in Gyeonggi - which can handle 900 cars for its three screens - said a surge began after the coronavirus hit.

“Sales have increased 30 to 40 percent compared to before the virus outbreak,” Yun said. “People are coming from all over the nation. I heard from the snack bar there are people who drove three hours to get here. I don’t think they come here just to watch a movie. Since people try to avoid contact with others as much as possible, they go out for a drive and, while they’re at it, pop by the drive-in theater. Currently, I believe drive-ins are the number one date spots for couples and for family gatherings as well. They’ve found a new form of entertainment due to this epidemic.”

Drive-ins offer privacy, the ability to eat whatever snacks you want, and can also be cheaper than a trip to the multiplex. Tickets are per car, not per person, and the average ticket is 20,000 won ($16). If more than two people are in the car, it’s definitely cheaper than a regular movie outing.

Drive-ins are offering the same films as regular theaters - slim pickings, in fact, since many big films chose not to open during the pandemic - and showings are only at night. 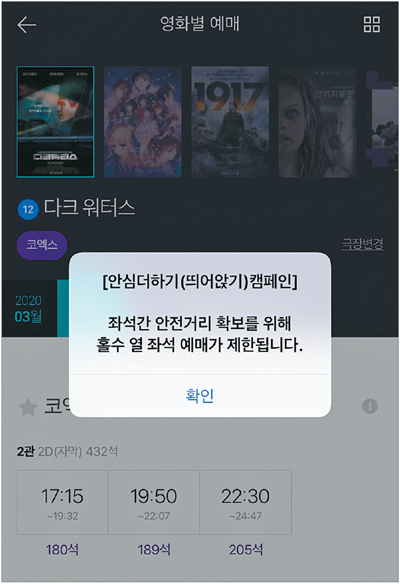 There are no online reservation systems for them. The best way to ensure a successful trip is to pull up to the theater ahead of time - a good 20 to 30 minutes prior to the film’s start. It’s also advisable to arrive ahead of time to get a choice parking berth.

While ticket sales at drive-in theaters are booming, regular theaters are suffering badly. As of this Monday, the daily box office nationwide had shrunk to below 40,000 tickets compared to a normal weekday average of at least 200,000.

The three big multiplex chains - CGV, Megabox and Lotte Cinema - are trying to make customers feel safer in a variety of ways. One is to reduce staff inside the theaters to ensure minimum contact with moviegoers. Staffers all wear masks, of course. Branches where confirmed coronavirus patients were reported to have been were closed for three to four days and thoroughly disinfected. Branches in Daegu, the epicenter of the outbreak, are temporarily closed.

Megabox started an “Adding Safety” campaign on Monday. In line with social distancing guidelines from the Korea Center for Disease Control and Prevention (KCDC), the chain is selling only even-numbered rows to space out audiences.

“We’re still very cautious about calling people into our theaters,” Hwang Jae-hyeon, a CGV spokesman, admitted. “Still, we are so thankful to the audiences who do visit our theaters despite the virus.” 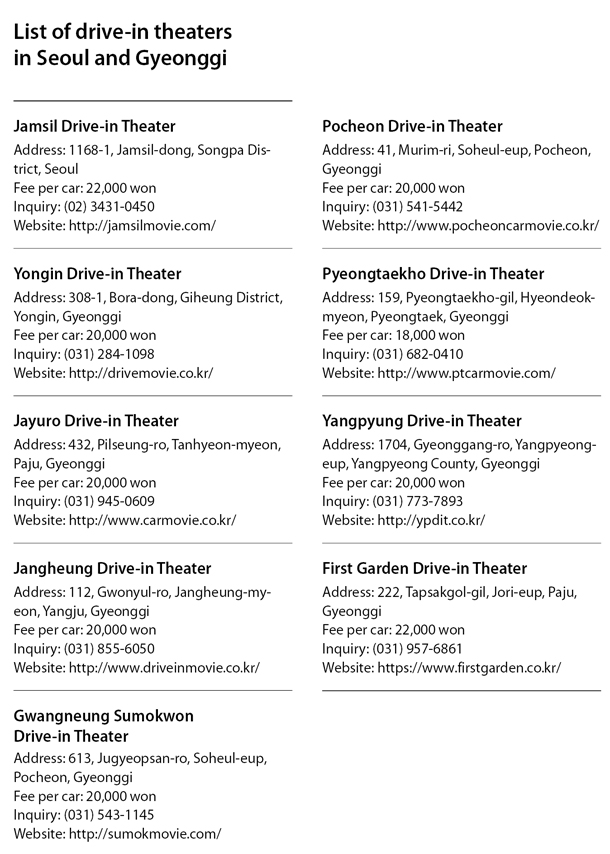