Lotte Group Chairman Shin Dong-bin has been appointed as chairman of Japan-based Lotte Holdings, consolidating his grip over the retail group headquartered both in Korea and Japan following a power struggle with older brother Shin Dong-joo.

The board of Lotte Holdings voted Wednesday to name Shin Dong-bin as chairman, a position which has been vacant since 2017. 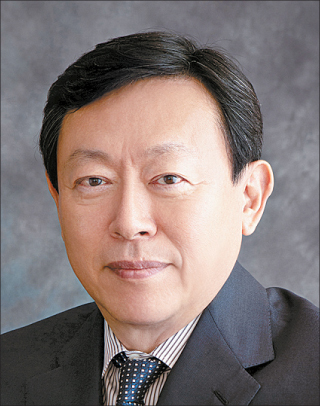 Shin Dong-bin will double as CEO of the Nishi-Shinjuku, Tokyo-based Lotte Holdings, according to Lotte Group.

The appointment will help in the restructuring of the group, which involves a reduction in the number of cross shareholdings and the listing of Hotel Lotte in Korea.

“Lotte expects the new position to help expedite the process of taking Hotel Lotte public,” the Korean group said in a statement.

The planned initial public offering of Hotel Lotte is considered as the key step to resolve cross shareholdings and reduce the influence of Japanese shareholders.

The feud between Shin Dong-joo and Shin Dong-bin, which dates back to 2015, revealed that the vast majority shares of the unlisted hospitality company are owned by the Japanese interests.

Japan’s Lotte Holdings was found to be the largest shareholder, with about 19 percent.

At the time, critics labelled Lotte “a Japanese company,” making the group an easy target in boycotts against Japanese brands and products.

The specific timetable of the public debut has yet to be announced, although Hotel Lotte restructured its investor relations team last October.

Market analysts do not expect the group to list this year, as economic conditions are deteriorating due to the outbreak of the coronavirus.

The chairman has withdrawn from positions at Lotte companies in Korea after the warnings from financial regulators and the National Pension Service about the overstretching of leadership.

As chairman of Lotte Holdings, Shin Dong-bin will become the owner of the Chiba Lotte Marines.