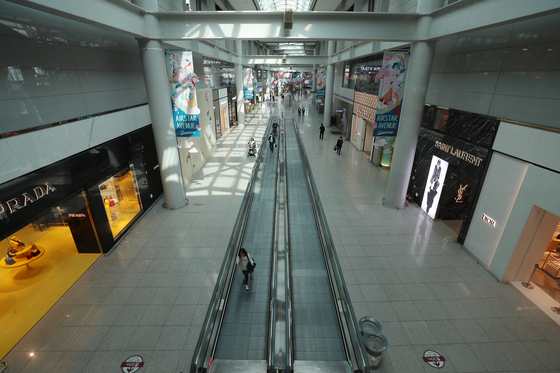 Daily new infections of the coronavirus in Korea dropped back to a two-digit figure, health officials announced Friday morning, as no new major clusters were found.

The Korea Centers for Disease Control and Prevention (KCDC) said Friday morning that 87 cases were tallied Thursday, of which 34 were in Daegu, 17 in Seoul, 14 in Gyeonggi and 13 in North Gyeongsang.

A total of 94 people have died from the coronavirus, three more than the previous day, while 2,233 people have fully recovered, 286 more than the day before. The KCDC said in a briefing Friday afternoon that 60 patients were in critical condition.

Thursday’s new cases were a drop from the 152 new cases tallied Wednesday, of which 97 were from Daegu in Korea’s southeastern region. Most of Daegu’s infections Wednesday were traced to Hansarang Care Hospital, a nursing hospital for the elderly in Seo District, as well as other nursing homes and nursing hospitals in the city.

Daegu officials have been checking a list of some 390 places with dense populations of senior citizens, where infection clusters were likely, and Hansarang Care Hospital was tracked during the process.

Wednesday’s three-digit increase was reported after Korea had seen its daily new infections drop to two-digit figures from last Saturday through Tuesday.

On Friday morning, Daegu officials said a few more people were diagnosed with the coronavirus in their “all-out investigation” of the 390 facilities, now bringing total cases to at least 106. Of that figure, 76 are from Hansarang Care Hospital.

The city said it was almost 80 percent finished with the investigation and that the remainder will be completed over the weekend, hinting more cases may be found.

The largest cluster in the Seoul capital area, at an insurance call center in Sindorim-dong, Guro District in western Seoul, also grew Friday, bringing the total number to 148. The Seoul capital area includes Seoul, the neighboring city of Incheon and the surrounding province of Gyeonggi. Among those 148 cases, 92 were in Seoul, 36 in Gyeonggi and 20 in Incheon.

Amid growing fears of infections coming from Europe, where the virus is now rapidly spreading, the Korean government announced Friday morning that all people arriving in Korea from the region will be tested for the coronavirus starting from Sunday.

In case someone tests positive, he or she will be transferred to a hospital or an isolation facility for medical treatment depending on the severity of their illness.

Even if they test negative, all Koreans and non-Koreans from Europe planning to stay in the country long term will be required to be quarantined for 14 days at their homes, the incubation period of the virus, officials said.

If they don’t have a home, they will be held in a government-run isolation facility, officials continued.

Foreigners who arrive in Korea for shorter trips, like for travel or business, won’t be told to self-isolate, but will be monitored by local health authorities and be asked to notify them of their health condition everyday for two weeks.