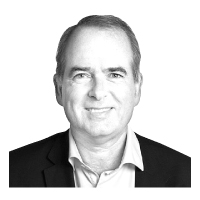 Tomas Anker Christensen
The author is Climate Ambassador of Denmark.

In February, I visited Korea as Denmark’s new Climate Ambassador to contribute to preparations for the second P4G Summit to be held this June in Seoul. During my visit to Korea, I saw ample proof that Korea has what it takes to develop a new industrial sector in renewable energy, similar to what we have done in Denmark for the past 50 years.

However, time is of the essence when it comes to securing first mover advantage. With Taiwan also quickly rising as a contender in this field, I believe Korea is at a crucial point in time where a push for green energy must be made if it wants to reap the benefits of becoming Asia’s powerhouse in the green energy industry.

To draw similarities, Denmark was also hit hard in the oil crises of the 1970s when we were fully dependent on imported fossil fuel. It was a wake-up call that led to the development of renewable energy, especially in wind, in Denmark. Since then, the investment and development in wind energy has greatly paid off. In 1995, Denmark’s energy mix was similar to that of Korea today with 5 percent renewable energy. The figure rose to 25 percent in 2005 and on February 17, 2020, more than 70 percent of Denmark’s electricity came from renewable energy.

With the green technology sector now accounting for 6 percent of all jobs in Denmark and 11 percent of all exports, and with 42 percent growth of green energy technology exports seen since 2010, it is safe to say that for Denmark, going green was not just a political goal but also a welcome decision within the private sector that saw immense opportunities in the new industry. Our next goal is to reduce 70 percent of carbon dioxide emissions by 2030, and this was once again welcomed by the private sector hoping to secure first mover advantage.

In this regard, Korea is already well on its way, with goals of 20 percent renewable energy by 2030 and 35 percent by 2040. Its current goal of creating 12 gigawatts of offshore wind energy by 2030 is entirely feasible and has great potential for job creation. According to a recent study by Stanford University and UC Berkeley, if Korea converts its energy structure to 100 percent renewable energy by 2050, more than 1.44 million jobs will be created. It is predicted that the construction of renewable energy facilities will create roughly 743,000 new jobs in the construction sector and 88,000 jobs in the energy operations sector. And as the green transition reduces air pollution, early deaths are predicted to drop by a significant percent and lead to reductions in health costs by about $94 billion.

To give another parallel, Denmark used to build ships for A.P. Moller-Maersk, the world’s biggest shipping agency. Our shipbuilding industry closed more than a decade ago when Korea rose as a competitor. Danes cried about all the jobs lost. Today we are smiling again with more people than before being employed in the old shipyards building wind turbines. Korea also has good shipyards that are not as busy as they used to be. As history shows, this is an opportunity to start a new industrial sector.

And the best news is that it’s entirely within Korea’s current means to do so. Foundations for wind turbines in Taiwan are already being built in Korea. CS Wind, a Korean company, is already supplying towers for Vestas and Siemens Gamesa that are building wind farms all over the world. Big wind developers like Orsted and Copenhagen Infrastructure Partners from Denmark are already present in Korea with vast experience in building wind farms all over the world. And in many cases, financing for such projects are from pension funds that only want to invest in green energy, meaning big projects can be fast tracked to Korea. A factory in one of the unused shipyards of Korea could mean immense impact on job creation and the revitalization of local economies.

While many decry the high costs of renewable energy, offshore wind has seen dramatic cost reductions in Europe as the industry developed. Today, renewable energy in Europe is actually cheaper than coal power plants, which are increasingly becoming stranded assets that are no longer economically viable. Asia will see similar developments within the next few years when the green service industry, as well as the operation and maintenance sector, is fully established for offshore wind. It will be interesting to see which country takes the lead.

Replacing black with green will see long-lasting, positive results for Korea. With your own power stations at sea, Korea will no longer have to depend on importing fossil fuel and at the same time create jobs on a massive scale. Air quality will be vastly improved and Korea will also become one of the leading countries in combating climate change.

I believe the upcoming P4G summit will act as an international stepping-stone for the COP26 in Glasgow. With Korea taking center stage by hosting the P4G, this will be a great opportunity for Korea to showcase its green ambition.