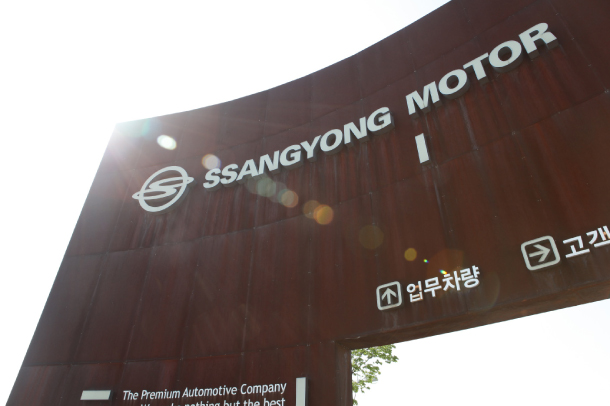 Facing increasing difficulty from the sales slump and lack of new models, SsangYong Motor is banking on its labor union to help the company overcome its growing financial struggles.

Automakers in Korea are bracing for an especially difficult year as the coronavirus pandemic shuts down factories, disrupts global supply chains and keep consumers home. SsangYong Motor - 72.9 percent owned by Mumbai, India-based Mahindra & Mahindra - has been asking its union officials to share the pain from falling revenue.

Korea was the seventh largest auto producing country in the world last year, with 3.95 million units, down 1.9 percent from 2018, according to the Korea Automobile Manufacturers Association. SsangYong is responsible for a relatively small piece of that pie; in 2019, the company sold a total of 135,235 vehicles, down 5.6 percent from 143,309 in 2018.

To improve its financial structure and better respond to changing market situations, SsangYong Motor has been achieving deals with its unionized workers to cut costs. The automaker has been in the red for almost three years, and its stock has fallen more than 70 percent in four years.

SK hynix saved around 950 billion won ($757 million) in 2001 during its liquidity crisis by having its employees work extra hours to release new products. Daehan Shipbuilding’s management and workers together overcame the slump of the global shipbuilding industry in 2016 by more severely cutting salaries and employment than creditors had requested.

In its second self-rescue plan prepared in December, SsangYong Motor said it will save around 10 million won in annual pay per worker after more than 90 percent of SsangYong Motor workers agreed to return 200 percent of their bonuses, lower their salary increases and return performance-based extra pay. The second self-rescue plan is greater in scale than the first one, in which workers agreed to a number of cuts including stoppage of holiday presents, bonuses for long-time employees and reduced medical and tuition support.

SsangYong Motor said it is also in discussion with related parties and stakeholders to launch new business initiatives and reduce investment risks.

Mahindra & Mahindra Managing Director Pawan Goenka said in a meeting with Korean unit employees earlier this year that the Indian carmaker will ensure stabilization for SsangYong Motor as the largest stakeholder.

In targeting more exports, SsangYong Motor said it has been executing market-specialized initiatives by participating in major automobile exhibitions in European markets, starting with the ones in Brussels and Vienna in January. SsangYong Motor said its Korando compressed natural gas model was well-received during the Brussels Motor Show.

Its Rexton Sports SUV has had some recent success, selling more than 40,000 units annually for two years since 2018.