Final decision on 2020 Games to come in 4 weeks

Final decision on 2020 Games to come in 4 weeks 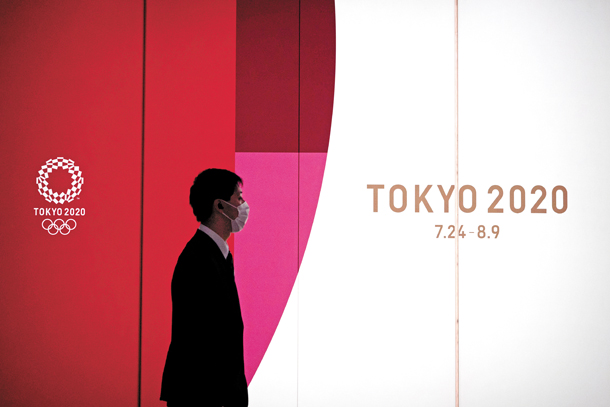 A photo of a large display promoting the Tokyo 2020 Olympics on Monday. The International Olympic Committee announced that it will finalize its decision regarding the 2020 Tokyo Olympics in four weeks. [AP/YONHAP]

The International Olympic Committee (IOC) says there is a possibility that the 2020 Tokyo Olympics will be postponed.

The IOC held its second executive board meeting in Lausanne, Switzerland, on Sunday, following a major increase of coronavirus cases around the globe and announced that it will “step up its scenario-planning for the Olympic Games Tokyo 2020.”

The statement comes only a week after the IOC announced its full support for the Tokyo Olympics, which is scheduled to start from July 24 and run until August 9.

Among the possible “scenario-planning,” the IOC included postponement as one option.

Last week, the IOC held its first executive board meeting and announced that it fully supported the Games and will not consider postponing an option since four months remain until they are due to start. Following that announcement, many athletes and foreign media, as well as the members of IOC, expressed anger, as all the Olympic qualification events have already been canceled and athletes are struggling to find places to train.

Still, the IOC said that calling off the Games is not on the agenda as a “cancellation of the Olympic Games Tokyo 2020 would not solve any of the problems or help anybody.”

Considering the amount of planning that has already gone into the Tokyo Games, rescheduling would undoubtedly come as a major headache to the Japanese Olympic Committee. But it may be taking a more pragmatic approach, after Prime Minister Shinzo Abe hinted at a postponement at a parliamentary meeting Monday. “If it is difficult to hold the games in such a way, we have to decide to postpone them, giving top priority to [the health of the] athletes,” he said.

The IOC said that the final decision will be made within the next four weeks and will be consulted upon with the National Olympic Committees (NOC) and International Federations (IF), as well as Japanese officials and the organizing committee.

“I wish, and we all are working for this, that the hope so many athletes, NOCs and IFs from all five continents have expressed will be fulfilled: that at the end of this dark tunnel we are all going through together, not knowing how long it is, the Olympic flame will be a light at the end of this tunnel,” IOC President Thomas Bach wrote in a letter to the athletes, posted on the committee’s website following the meeting Sunday.

But regardless of what the IOC announces in the coming weeks, Team Canada has made up its own mind and will not be participating in the 2020 Tokyo Olympics and the Paralympics. Its decision late Sunday made it the first NOC member country to boycott the 2020 Tokyo Games.

The Australian Olympic Committee (AOC) also called for the Games to be postponed until 2021.

The AOC held an executive board meeting through teleconference on Monday morning and came to a full agreement that Team Australia won’t be able to be “assembled in the changing circumstances at home and abroad.”

It wrote on its website that, “The AOC says Australian athletes should prepare for a Tokyo Olympic Games in the northern summer of 2021.”