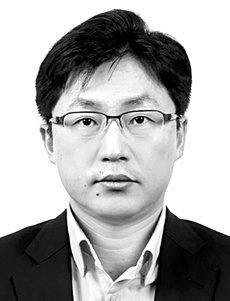 Although he regards his Chinese counterpart Xi Jinping “a friend” and respects China, U.S. President Donald Trump insisted on referring to the new coronavirus as the “Chinese virus.” “It’s unfortunate that this got out of control. It came from China, it got out of control,” he said in a press briefing on Friday.

U.S. Secretary of State Mike Pompeo was more specific in his criticism of China. “When you see a delay in information flowing from Chinese Communist Party to the technical people who we wanted to get into China immediately to assist in this, every moment of delay connected to being able to identify this risk, correct the risk factors, creates risks to people all around the world,” he said. “This is why it’s not about blaming someone for this, this is about moving forward to make sure that we continue to have the information we need to do our jobs.”

The Trump administration has been ratcheting up attacks on Beijing as U.S. coronavirus patients have exceeded 30,000 and 340 deaths as of Sunday. The blame game not only has a political design ahead of the November presidential election but also stems from revived sparring between the two global powers over hegemony after a pandemic crisis. The saber-rattling has been upped after Chinese President Xi Jinping has been showering Europe with virus aid after declaring containment in China.

On March 16, Xi called up Italian Prime Minister Giuseppe Conte and promised to deliver a “health Silk Road” as part of China’s “One Belt, One Road” initiative. Two days later, 300 Chinese doctors and nurses arrived at an airport in Milan. A week before, the Chinese Red Cross sent a medical team and 310,000 tons of medical supplies to Italy. Xi also promised similar aid to Spanish Prime Minister Pedro Sanchez and immediately dispatched flights packed with medical supplies to Spain.

Chinese Premier Li Keqiang approached the European Commission to offer to supply 2 million surgical masks and 200,000 face masks as well as 50,000 diagnostic kits. Other nations in Europe — France, Belgium, Greece, Poland, Bulgaria, Slovenia and Ukraine — all received aid from China. Meanwhile, Norway and Luxemburg are lining up for aid.

China has turned to aid diplomacy at a time when the United States is enforcing entry bans on all EU citizens, while EU members have been sealing their borders.

China’s e-commerce giant Alibaba and its Chairman Jack Ma have been leading the provision of global aid. He packaged the mask and medical supplies to Spain. The Jack Ma Foundation also delivered 1.5 million masks to Belgium and 500,000 diagnostic kits plus 1 million masks to the United States. “This could be the first major global crisis in decades without meaningful U.S. leadership and with significant Chinese leadership,” said Rush Doshi, director of the China Strategy Initiative under Brookings Institution, to the New York Times.

China has managed to turn itself into a responsible global leader from a spreader of the global pandemic. In a contribution to the National Interest, Bradley Thayer, political professor at the University of Texas at San Antonio, charged that China was using the crisis to catalyze a “Silk Road” of health care and was turning the table on the United States for its strategic goal of world dominance.

Amid the signs of changes in the global mood toward China, the U.S. National Security Council (NSC) blasted Chinese authorities for expelling journalists and spreading false information about the origin of the virus and urged it to focus on stopping the disease. It blamed the Communist Party for stripping experts of an opportunity to prevent a global pandemic.

The NSC also reminded that the United States has been a global leader in public health with $9.5 billion dedicated to global health care alone in 2019 and that it has supplied $100 billion aid to Africa over the last 20 years. It said it also earmarked $62 million for virus aid in developing countries.

In an interview with the JoongAng Ilbo, a U.S. government official pointed out that China has been going all-out on a propaganda campaign. “The Communist Party is waging a propaganda campaign to desperately try to shift responsibility for the global pandemic to the United States. This effort is futile,” he said. “Thanks to the cover-up, Chinese and international experts missed a critical window to contain the outbreak within China and stop its global spread. Saving lives is more important than saving face.”

The White House accused the Communist Party of spreading false news by faking a video of Pompeo. A Chinese Foreign Ministry spokesman had tweeted that the Covid-19 could have arrived at Wuhan through U.S. forces last year.

Thomas Schwartz of Vanderbilt University observed that although China has nearly managed to control the situation, Washington has been merely responding to it with the “Chinese virus” name-calling. Although the Communist Party should not gain any credit for the situation, the developments can work favorably for China, he said.