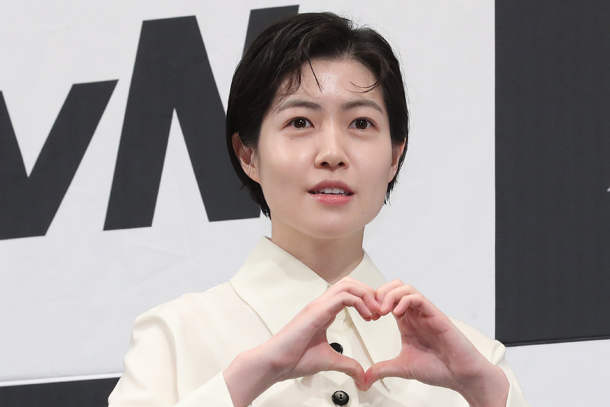 Actor Shim Eun-kyung received the Best Actress award at a ceremony Sunday for the 34th Takasaki Film Festival held in Gunma Prefecture, Japan, for her role in the upcoming Japanese film “Blue Hour,” according to film distribution company Aud.

According to the company, the film’s two lead actors, Shim and Japanese actor Kaho, received a joint award at the film fest. The Takasaki Film Festival is known as one of the top regional film events.

Director Yuko Hakota’s first feature film “Blue Hour” is about two childhood friends who meet each other as adults when Sunada (played by Kaho) visits her hometown to take care of her sick grandmother and meets her friend Kiyoura (played by Shim).

“I feel more affection for my character Kiyoura because I brought her to life with my own ideas as well,” Shim said in her acceptance speech. “Moreover, I’m so happy to receive the award with Kaho.”

Earlier this month, Shim became the first Korean actor to take home the Best Actress award at the 43rd Japan Academy Film Prize Awards for her role in “The Journalist.”