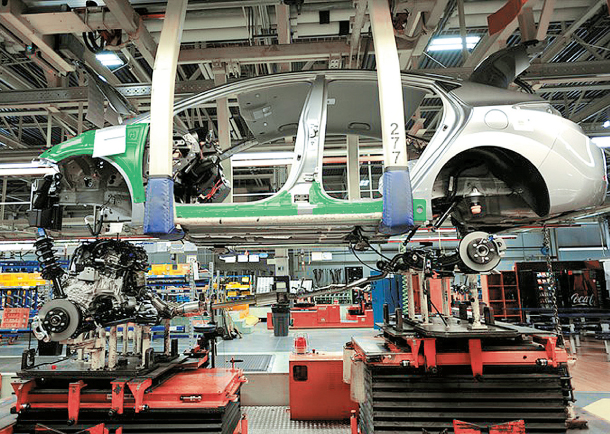 Korean companies are being slammed by the coronavirus outbreak with factories shutting both abroad and at home.

Starting Monday morning, India government ordered all but essential services to stop operating, including many public transportation networks. While restrictions and closures vary by state and city, India is essentially locking down the country until the end of this month.
Manufacturing facilities in 75 Indian regions that reported confirmed cases of the novel coronavirus were ordered closed.

Following the government order, Samsung Electronics said it halted operation of its smartphone assembly plant in Noida, India, from Monday to Wednesday. The factory is capable of producing around 120 million smartphones per year.

LG Electronics said its plants in Noida and Pune that make washing machines and smartphones will be closed until the end of March.
Hyundai Motor suspended operation of its plant in Chennai until the end of this month. The Chennai plant has a production capacity of 700,000 cars per year.

Its sister company Kia Motors is reviewing closure of its auto plant in Anandapur in the state of Andhra Pradesh soon.

Steelmakers Posco and Hyundai Steel followed suit and closed their factories in Indian cities until the end of this month.

The shutdowns in India are the latest disruptions felt by Korean companies as the coronavirus pandemic moves across the globe.

Samsung Electronics on Friday said it is suspending production at its television factory in Slovakia for a full week starting Monday. The company also closed its retail stores in the United States, Canada and Peru since the outbreak got worse in those countries.

It was reported that Samsung Electronics’ overseas sales fell more than 20 percent last month from the same period a year earlier, and the sales decline is expected to deepen given the growing impact of the outbreak in major markets.

Hyundai Motor halted production for two weeks at its plant in the Czech Republic on Monday, and Kia Motors did the same for its Slovakia factory. Hyundai Motor also closed an auto plant in Montgomery, Alabama, starting 10:30 a.m. Wednesday after one of its employees was confirmed with the coronavirus. Kia Motors is also considering closure of its plant in Georgia.

The two automakers already experienced a series of production halts last month at domestic plants due to the coronavirus outbreak and supply problems from China. Hyundai Motor said it had production losses of around 80,000 cars last month.

There is a possibility that Hyundai Motor and Kia Motors will suffer additional days of closure for its overseas factories. They source auto parts locally, and parts factories are also affected by shutdowns.

This happened domestically for Hyundai Motor last month. The automaker closed a factory in Ulsan for one day after Seojin Industrial, a maker of chassis, auto frames, truck beds and wheels, had to close after one of its employees was found dead in his home and tested positive for the coronavirus.

Refining margins drop when oil prices fall, and local refiners are already seeing less demand for oil due to the outbreak.

SK Group is planning to hold an emergency meeting this week among CEOs of its major affiliates. The conglomerate’s de-facto leader Chey Tae-won could host the meeting himself, as he did when the group was trying to respond to Japanese export restrictions on key semiconductor materials last summer.

Local airlines are in a tailspin, with many of them carrying out emergency measures such as wage cuts, mandating unpaid leaves and begging for government support.

Airlines have been struggling with a sharp decline in air travel since Jan. 20, when Korea reported its first case of Covid-19.

Korean Air and Asiana Airlines slashed more than 85 percent of their international capacity, and low-cost carriers curtailed 90 percent of their flight capacities, with some even shutting down flight operations entirely.

Easter Jet was the first to announce a shutdown of all flights. The company suspended international flights earlier this month and is halting domestic flights from Tuesday to April 25.

Analysts are concerned that an export slump and production halts could lead to a serious financial crises in which companies are unable to pay back loans, resulting in bankruptcies.

They are also concerned about major companies’ partners and suppliers and a domino effect from the virus.

“The Covid-19 outbreak is expanding faster and in greater scope than expected, and its impact on the economy could be greater than other virus outbreaks,” the Korea Chamber of Commerce said in a report last week.