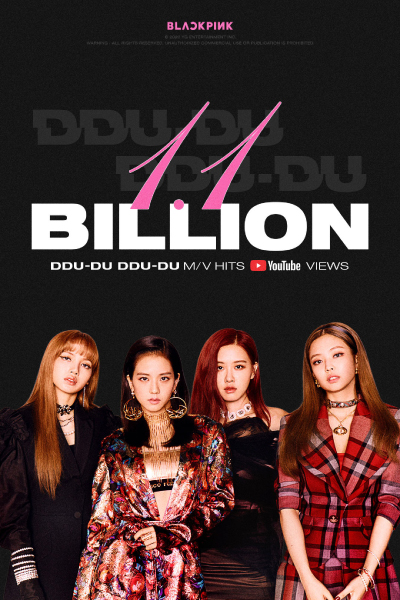 Girl group Blackpink has set a new record for a K-pop act, becoming the first Korean group to reach 1.1 billion views for a music video on YouTube.

According to its agency YG Entertainment, the music video for “Ddu-du Ddu-du” (2018) reached the historic mark around 12 p.m. on Tuesday, a year and nine months after its release.

“Ddu-du Ddu-du” was the lead track for Blackpink’s first EP “Square Up,” which quickly stormed music charts all around the world.

The song was also certified gold by the Recording Industry Association of America, another first for a K-pop girl group.