From ‘Alone’ to ‘Love’: After years on a hit variety show, Sung Hoon returns to film

From ‘Alone’ to ‘Love’: After years on a hit variety show, Sung Hoon returns to film 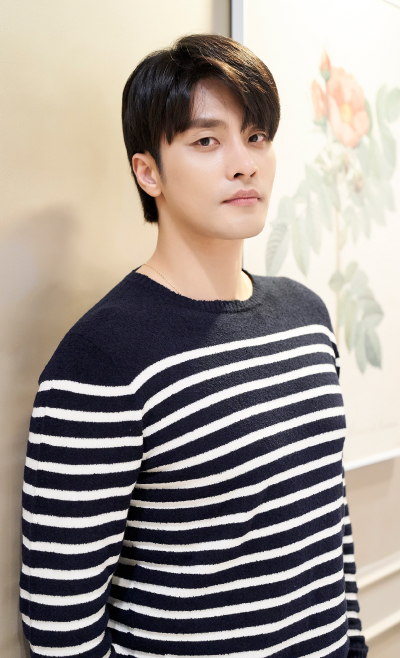 Actor-turned-entertainer Sung Hoon is going back to his roots in the upcoming romantic film “Are You in Love?”

Although many local films are rushing to push back their release dates due to the coronavirus outbreak, “Are You in Love?” decided to go ahead and have its theater premiere today.

“We thought that this was as good a chance for us as any,” the actor said during an interview at a cafe in Samcheong-dong, central Seoul, last week. “But still, it’s difficult for us to urge people to visit theaters wearing masks and gloves.” 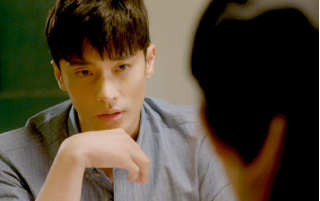 In the film, Sung portrays the cafe owner Seung-jae, who has a secret crush on his part-time worker So-jeong. However, the character is not the type to express his feelings and ends up just scolding her.

The actor worries that his character will be viewed as someone who abuses his power over an employee and that audiences will leave theaters with a frown instead of a smile.

“When we started filming [in 2017] I thought his actions and words could be seen as a comedic element of the story,” Sung said. “But after I saw the film again recently, I’m worried that people won’t think so. Perspectives have changed quickly over the last few years, but I still hope that people will stick with the film until the end. His true intentions and emotions [revealed at the end of the film] show that he’s not one of those owners with a gapjil [abuse of power] personality.”

“I think I was like Seung-jae when I was younger,” the actor reminisced. “I had a fiery personality. But now I find it too energy-consuming to get fired up like that.”

When director Kim Jung-kwon handed him the script, Sung said he was attracted to the film due to its lightheartedness.

“Some may say that I’m taking an easy road, but for me personally, I thought this was a good story that people could casually see and feel relaxed in the midst of their own troubles and hardships.”

When asked to evaluate his performance from three years ago, the actor himself gave a rather harsh review.

“I think it was too flat,” he said. “I’m always self-critical. Even if one day I land a role that others praise me for, I would still judge my performance critically. That’s just who I am.”

Except for his 2018 film debut in “Brothers in Heaven” in which he played the successor to a powerful drug cartel, most of his roles have been limited to romantic characters, including in this film.

“Right now, I’m actually really eager to expand my acting career,” Sung said. “The passion was ignited even more after I saw this film. I’m positive that I can do better than that now. After I shot this film, I was lucky enough to become part of this good show [‘I Live Alone’] and became more familiar with cameras, met more people, and I think this will transform my performance as well.”

For now, Sung is likely to stick with films before jumping back into the world of dramas.

“Films have a much wider range of freedom than television, and [through my next role] I want people to believe ‘he must be really mad,’ just by seeing my expression. I would like to play roles [with unique personalities] - psychopaths, sociopaths, murderers or even flippant characters [who don’t know when to stop talking] - I think anything is possible.”

Sung also talked about his friendships with the other members of “I Live Alone.” At the MBC Entertainment Awards last year, his familiarity with the comedian Park Na-rae sparked rumors that the two were actually dating.

“A lot of people asked me that, but rumors are rumors: Park and I are not in a relationship,” Sung said. “I am really close with Park because she was my very first friend on the show. So I naturally gravitate toward her, and I was truly happy that she got the award, which is long overdue. It was the night that she finally got what she deserved for so long, and I wanted to give her a warm hug as a friend who’s seen up close how much she has contributed to the show.”

When asked if he would like to recommend the film to anyone he works with on ‘I Live Alone,’ Sung singled out actor Lee Si-eon.

“He’s been involved in a relationship the longest out of all of us,” Sung added. “As you all know, our emotions don’t remain the same as before the relationship becomes serious. This film may remind him of the beginning of his relationship. Plus, since he’s an actor, I think he can give me an objective evaluation of my acting.”

Although many actors would leap at the chance to be a regular member of a hit variety show, some have complained that they’ve had a harder time expanding their careers due to the image they developed while appearing on TV. Sung, on the other hand, can’t complain.

“Like I said before, I was very lucky to be part of this show, and I’d learned a lot from it. I think that breaking away from that image rests on the actor. If I am good enough, I believe the audience will see me as the character himself.”