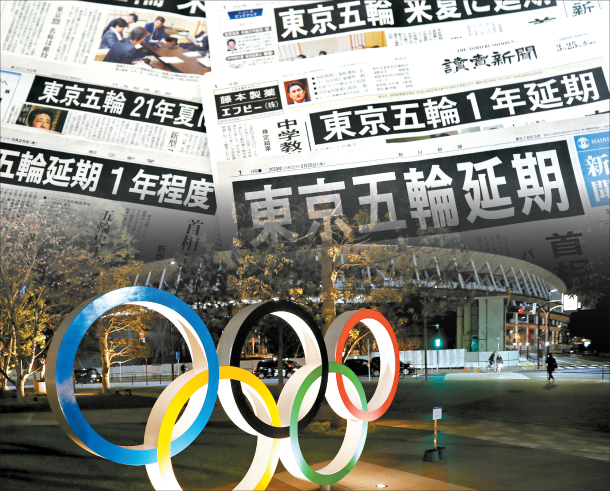 As the Tokyo Olympics has been officially postponed until 2021 due to the coronavirus, the Jincheon National Training Center in North Chungcheong will also be closing.

After a teleconference Tuesday, Japanese Prime Minister Shinzo Abe and International Olympic Committee (IOC) President Thomas Bach came to an agreement that the Tokyo Games will be rescheduled “to date beyond 2020 but not later than summer 2021,” according to the IOC website.

Athletes and federations expressed mixed feelings once the announcement was made as they no longer have to worry about their health and safety but are now faced with having to come up with an entirely new training schedule.

The Olympic Games have been canceled before, during the World Wars I and II, but this is the first time in history that the Summer Olympics have been postponed. Despite the delay, both the IOC and Japan agreed to keep the name - Olympics and Paralympic Games Tokyo 2020 - and the Olympic flame will stay in Japan.

“We are facing an unprecedented challenge now because this postponement is the first ever postponement of an Olympic Games in Olympic history,” Bach was quoted as saying during the conference call. “The Olympic Games is one of the most complex events on this planet. We have to get together 11,000 athletes from 206 National Olympic Committees, as well as the IOC Refugee Olympic Team, in one place. Not only for sport and showing sporting excellence, but also living together in an Olympic Village, celebrating humanity together.”

In line with the final decision, the Korean Sport & Olympic Committee (KSOC) has decided to close out the National Training Center to give athletes a break. They were told to leave by Friday.

Since the outbreak of the coronavirus, national team athletes have been locked up at the National Training Center for about two months. But the strict measures appear to have been successful as no athlete that was training at the center has tested positive for the virus.

As the Tokyo Games will be postponed for about a year, the National Training Center is expected to close for about three to five weeks, at the longest. Before athletes return to resume preparations, they will have to self-isolate and get tested for the virus. The reopening of the center will be discussed after three weeks.

“We expect that this postponment will provide fair opportunities to all athletes comepeting at the Olympics,” the KSOC said in a statement.

Once the athletes and the coaches leave, the KSOC said they will disinfect the training center and will try to come up with a new training schedule.

While the athletes are probably feeling a sense of relief now they can finally leave, they are facing a new issue. Where do they train in the meantime? Due to the government’s social distancing measures, most facilities in the country are closed.

This will come as a particular blow to those that are yet to qualify for the Games. In the IOC’s announcement after their executive board meeting on Sunday, it said that about 57 percent of the athletes have qualified for the Games, and thankfully, those who have already earned their Olympic spots won’t have to go through the qualification again. However, for the remaining 43 percent, qualifiers have yet to be scheduled but the delay will offer time for injured athletes to recover.

In Korea, the majority of team sports - women’s volleyball, men’s football and baseball - have already earned their spots, and it’s mostly the individual sports that have athletes still trying to earn their spots. For the Korean men’s sabre fencing team, the postponement comes as a particular disappointment as they are currently in peak condition, with Oh Sang-uk ranking first individually.

But for the Korean judo team, the delay affords some breathing room as it is in desperate need of ranking points. It’s uncertain as to when the federation will restart events, but the postponement means more time for preparations.

Of all sports, the Korean U-23 football team will have the biggest headache. Since the men’s football tournament at the Olympics has an age limit of under 23 years old, with an exception of three wildcards, the postponement will lead head coach Kim Hak-bum to miss some key players.

Kim’s U-23 squad seemed to be in its best shape after winning Korea’s first-ever Asian Football Confederation (AFC) Football Championship in January which led to its spot in the Olympic men’s tournament for the ninth straight time. Kim’s team was led by a number of 23-year-old players like Paik Seung-ho of Darmstadt 98, Lee Dong-gyeong and Won Du-jae of Ulsan Hyundai FC.

The postponement means all players born in 1997 will likely exceed the age limit by the time the Games are held and Kim will have to add these players as wildcards. It’s an especially huge disappointment to these players as the 2020 Games was their last opportunity to earn military exemption. A military exemption is given to players who win gold at the Asian Games but at the Olympics, any medal will do.

“The postponement of the Tokyo Olympics is a disappointment because we’ve been preparing for it for a long time,” Kim said through a statement released by the Korea Football Association. “However, the postponement was the right decision because health is more important.”

As for women’s golf, where Korean golfers have been dominating, higher ranked players will have to secure their position for a longer period of time. On the flip side, the delay means more time for lower ranked players to rise through the standings.