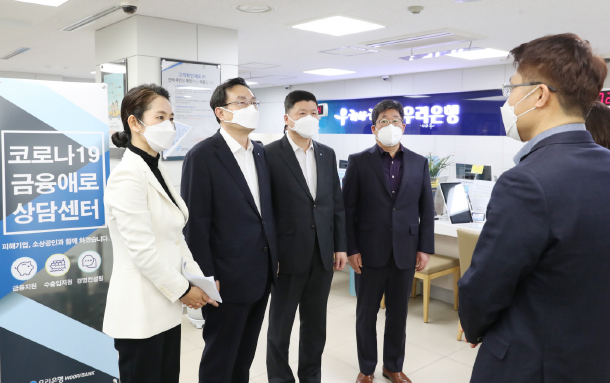 Despite his involvement in a debacle that caused massive losses for investors, Sohn Tae-seung has been re-elected as Woori Financial Group’s chairman at a closed-door shareholders meeting on Wednesday.

The chairman had a bumpy road to secure his reappointment, after a financial watchdog determined he was responsible for selling derivative-linked funds last year to unsuspecting investors, incurring huge losses.

The Financial Supervisory Service gave him a reprimand warning earlier this year, which was supposed to bar him from being reappointed to an executive position for the following three years, although it allowed him to finish out his term.

The bank unit was also fined 19.7 billion won ($16.0 million), and was banned from selling private equity funds to clients for the next six months.

Woori Financial Group’s board had already voted to extend Sohn’s tenure for another term last year. Had the sanction gone into effect before the general meeting, the board would have been forced to decide on a new chairman.

Sohn filed an injunction at the Seoul Administrative Court earlier this month to temporarily suspend the sanction until after the shareholders meeting. The court accepted the injunction last week.

That decision cleared the only hurdle to Sohn’s reappointment, as the financial group’s labor union, like its board, had shown him unwavering support.

The financial watchdog on Wednesday said it would appeal the lower court’s decision to the Seoul High Court. The appeal would be filed by the end of this week at the latest, the agency said.

“It is enough to see shareholders showing consent to my reelection,” Sohn said.

Along with Kwon Kwang-seok, Woori Bank’s newly appointed CEO, Sohn paid a visit to its Namdaemun branch Wednesday to monitor the efficacy of its latest loan programs provided to small business owners affected by the novel coronavirus. A total of 10 billion won in loans have been requested at the branch by 300 small business owners at Namdaemun Market.