A colorful touch of light known worldwide: Artist Kim En-joong hopes to bring people together with his stained-glass windows

A colorful touch of light known worldwide: Artist Kim En-joong hopes to bring people together with his stained-glass windows 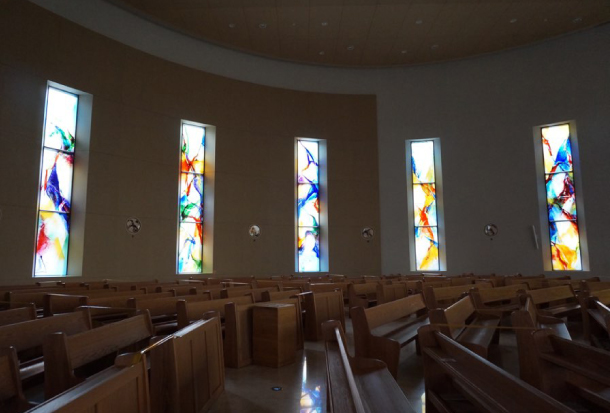 In light of the coronavirus outbreak in Korea, cathedrals, in addition to most art galleries and museums, have shut down.

But a special exhibition running through April 4 at the Seoul Arts Center in southern Seoul aims to appeal to both art aficionados and anyone looking for time to reflect while gazing into colorful stained-glass windows, not unlike those found in cathedrals.

“Reve de lumieres” showcases 60 years of work by artist Kim En-joong, most of which use light in creative ways.

“The more you mix colors, they grow more opaque - but this is not so with light,” Kim told the Korea JoongAng Daily at the center’s Hangaram Design Museum on March 20. “With light, there is no limitation.”

The more than 100 works showcased at the museum gives visitors a look at Kim’s 60-year career and exhibits an interesting mix of influences from the East and the West. They include vast paintings that you have to gaze at from a distance to take it all in, as well as stained-glass windows and ceramics.

Kim was born in Buyeo County, South Chungcheong, in 1940, and was the first son in a family of 10. Kim decided to break away from the usual habits of first sons to go into businesses or academia at the time and chose to study art. He studied fine arts at Seoul National University in the 1960s.

His path took a turn when Kim had some tutoring on the side during his studies and met a couple of students attending the Catholic University of Korea.

“I don’t know exactly when I was called to become a priest,” Kim said. “These things, only God knows. I believe that I am living up to his calling to be a priest and an artist at the same time, to express through painting the light that I experience in my daily walk with God. These times can be dark, both in terms of what’s visibly happening around us and also in what we’re harboring in our minds and thoughts.”

In 1969, Kim decided to study theology at the University of Fribourg in Switzerland. A year later, he moved to Paris to attend the Catholic University of Paris. He was ordained a brother of the Dominican Order there in 1974.

His paintings have been recognized throughout Europe for their unique brush strokes, created by Kim’s use of Asian calligraphy brushes, and for their empty spaces, a common feature found in traditional paintings of Asia. Most of his works use color, except for one collection of black and white pieces, which is reminiscent of Asian calligraphy. 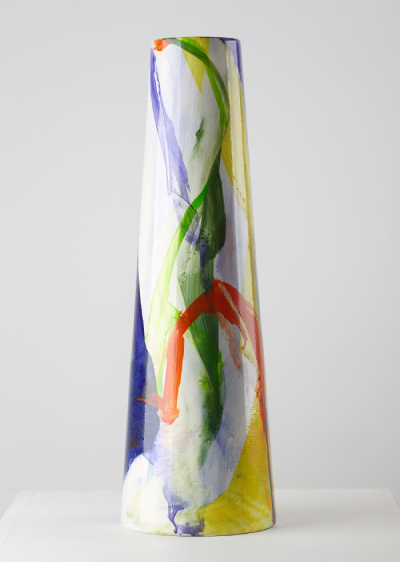 “The bishop in Angouleme at the time was looking for a Korean artist to work on a stained-glass window,” Kim said. “It was a total coincidence. That’s how it all started.”

Now Kim’s works hang in nearly 40 cathedrals, chapels, abbeys and other facilities all around the world, including in the Basilica of Saint-Julien in Brioude and the Notre-Dame de Chartres Cathedral in France, the latter of which is a Unesco World Heritage site.

His works were also exhibited in the Notre-Dame de Paris in 2003 and were the first artworks to be exhibited at the cathedral since the days of the French Revolution.

Because Kim’s paintings and stained-glass windows carry no particular shape, his works have been compared with those of abstract expressionists such as Mark Rothko, as well as others who took up the medium of stained-glass, like Marc Chagall.

But there is another artist that Kim looks to for inspiration.

“El Greco has long been my role model because his works say something about humanity. Gazing into his works, one cannot help but ponder eternity. If the artists in his age were all about thinking horizontally, making connections with human reasoning, I’d say El Greco was one who thought vertically. I hope to be like that as well.”

Because his paintings have no designated image, Kim believes his work can bridge people of different beliefs. 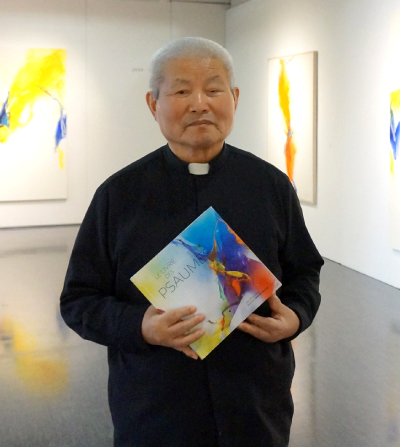 As to how he came up with the title of the exhibition, which roughly translated means “The Dreams of Light,” Kim said that others suggested it to him, though he added, “There is an image of light, sunlight, that I saw when I was around 4 years old, that came softly landing onto a field. That image stayed with me, like an image in a recurring dream.”

The best way to witness the light passing through Kim’s stained-glass windows in Korea would be to step into the Sinbong-dong Cathedral in Yongin, Gyeonggi, or the Church of the Holy Trinity in Daejeon.

“I’m just hoping that someone who gazes upon these works will come to understand who God is,” he said. “He is my inspiration. I am afraid that some religious people have been bad examples to the world. Common sense is a prerequisite to faith. As people of faith, we must always exhibit good common sense and discretion.”

Kim is a recipient of the French government’s Officer of the Order of Arts and Letters in 2010.

The exhibition has been put together by Gallery Mee in southern Seoul and is supported by L’Institut Kim En Joong. Entrance is free.