SK Energy’s VRDS unit is operational in no time flat

SK Energy’s VRDS unit is operational in no time flat 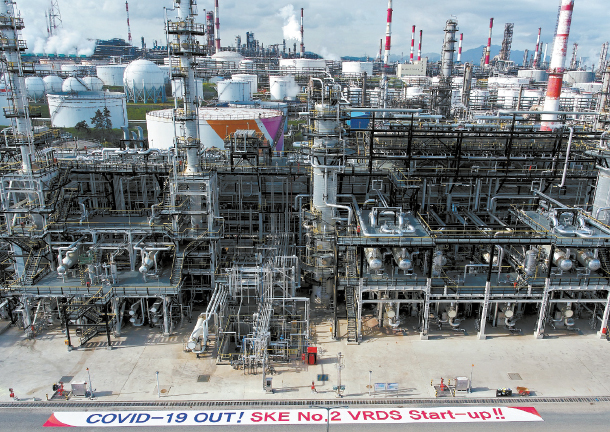 The oil refiner said Sunday that the facility completed a test run on March 14. Situated on 83,000 square meters (893,000 square feet) inside an SK Innovation oil refinery, the VRDS unit is capable of desulfurizing bunker fuel to produce low-sulfur fuel, which has a sulfur content of 0.5 percent.

The output meets a new regulation set by the International Maritime Organization, which went into effect last January. Vessels now have to use marine fuel with a sulfur content of no more than 0.5 percent, down from last year’s 3.5 percent.

SK Innovation, SK Energy’s parent company, said that the project broke a number of company records. It was built in 27 months, and test operations were conducted in 43 days.

The construction was completed in January, three months ahead of the initially planned completion date, which the company says is an impressive feat given the complexity of the project.

Test operations were expected to take two months but were completed in about six weeks.

The company said that all of the 24,000 joints in the factory were free of leaks. Joints in petrochemical plants have to endure high pressure and heat, and leaking joints cause delays.

The coronavirus outbreak did cause problems, as engineers from Dutch and Japanese equipment manufacturers couldn’t enter the production site after non-employees were banned. As a result, the company had to use its own workforce only, a first for SK Innovation.