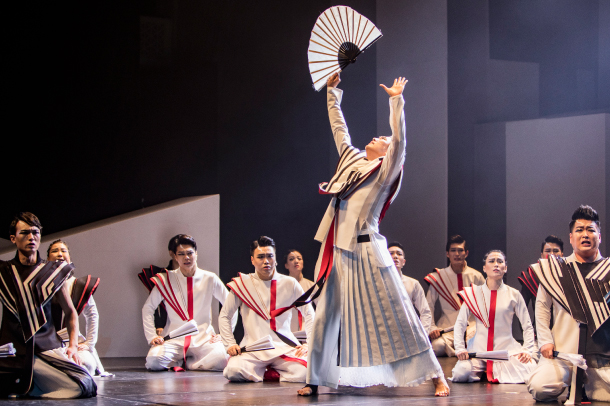 “Red Cliff” is a mix of modern dance with pansori (traditional narrative singing) that tells a story from the Chinese classical fiction novel “Romance of the Three Kingdoms.” [JOONGANG ILBO]

The ongoing coronavirus outbreak affects the entire performing arts industry. Many concerts and cultural performances slated for this month and early next month are continuously being canceled or postponed. American performance group Blue Man Group canceled its Seoul show, slated between April 14 and May 10, at LG Arts Center, located in southern part of Seoul.

April 7-19: Jeongdong Theater, a longtime home for traditional arts, is resuming “Red Cliff,” a traditional performance combining pansori (traditional narrative singing) and modern dance after it shut down for weeks due to the coronavirus. The performance is based on “Jeokbyeokga” or “Song of the Red Cliffs,” inspired by the Chinese classical fiction novel “Romance of the Three Kingdoms.”

Featuring the two main characters Guan Yu and Cao Cao against the backdrop of the Battle of Red Cliffs, the performance offers a lot to see from group dance to a chorus of more than 20 pansori performers and live music played by a band.

The performance starts at 8 p.m. on weekdays and at 3 p.m. on weekends and national holidays. There are no shows on Mondays.

April 24: Pianist Kim Sun-wook will play Ludwig van Beethoven’s “Piano Concerto No. 2 in B major (Op. 19)” along with the Seoul Philharmonic Orchestra. The pianist will also play Haydn’s “Symphony No. 102 in B major Hob.I:102” and Strauss’s “Suite from der Rosenkavalier (Op. 59).”

The collaboration between Kim and the Seoul Philharmonic Orchestra will be presided by Ukrainian conductor Kirill Karabits.

Kim is considered one of the world’s Beethoven experts because he has been playing pieces by the German composer for years.

His passion for Beethoven was acknowledged when he was invited to perform at a concert to celebrate the birth of Beethoven in 2012. Kim was also the first beneficiary of the Beethoven monitoring program in 2013 and was given access to the composer’s hand-written documents for further studies of the composer. 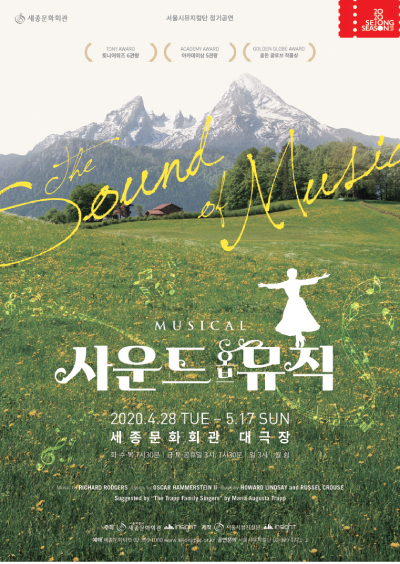 April 28 - May 17: The timeless musical classic “The Sound of Music” is coming to Seoul.

Set in Austria in 1938, during World War II, the musical is based on the true story of the von Trapp family singers.

The musical begins as Maria, a postulant, becomes a governess to the seven children of Georg von Trapp, a naval officer and a widower.

Unlike Georg who raises his children with strict discipline, the free-spirited Maria lets the children be children by teaching them to sing and frolic in nature. The children eventually open up to Maria while Georg also falls for the children’s new teacher. But the von Trapp family and Maria face a new chapter as the family decides to flee from Austria to Switzerland to escape the Nazis.

After premiering on Broadway in 1959, the musical won five Tony Awards.

The musical starts at 7:30 p.m. on Tuesdays, Wednesdays and Thursdays; 3 p.m. on Fridays, Saturdays and national holidays; and 3 p.m. on Sundays. There are no shows on Mondays.

May 14 - 24: Marking the 70th anniversary of the National Changgeuk Company of Korea this year, the all-time favorite classic “Chunhyang” is returning to the stage with some new touches.

Set in the Joseon Dynasty (1329-1910), this changgeuk tells the story of the noble and pure love that Chunhyang has for Mongryong. Although the two belong to different classes, Mongryong from the upper class and Chunhyang as the daughter of a gisaeng (female courtesan), they know that they are meant to be for each other at first sight. As Mongryong goes to Seoul to pursue his studies, however, the young lovers are separated by distance. Meanwhile, a corrupt magistrate comes into the office and forces Chunhyang to become his concubine.

May 23-24: Tickets for the annual Seoul Jazz Festival have gone on sale.

The festival has also invited musicians who perform other genres of music such as British band Honne and Icelandic singer-songwriter Asgeir. Korean singers AKMU, Crush and Baek Ye-rin will take part as well. Since it started in 2007, the Seoul Jazz Festival has become the most popular jazz festival in the capital city. 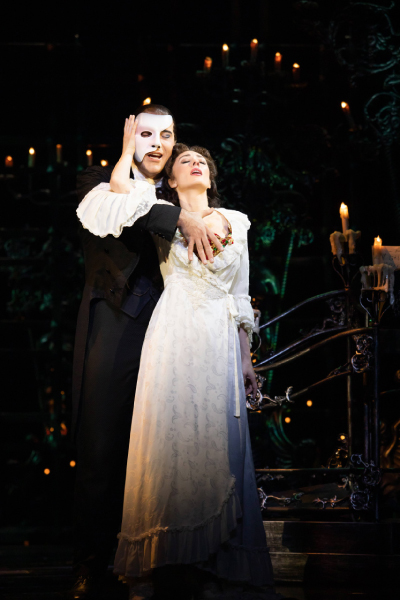 Through June 27: “The Phantom of the Opera” is returning to Korea for the first time in seven years.

The musical centers around Christine, who used to be an obscure singer but finds herself filling in for leading soprano Carlotta and eventually soaring to stardom. But Christine is abducted from her dressing room one day by a disfigured man dubbed The Phantom of the Opera. Although Christine is released from The Phantom on the condition that she will stay devoted to him, Raoul, who is in love with Christine, promises that he will confront The Phantom.