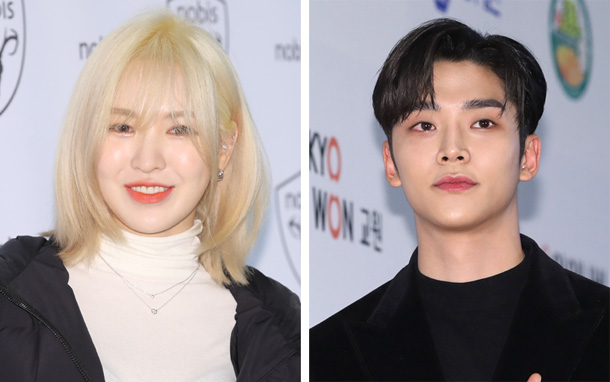 Wendy from girl group Red Velvet and Rowoon from boy band SF9 will voice the lead roles of the local version of “Trolls World Tour,” their agencies said on Wednesday.

Wendy will also lend her voice to the Korean-language soundtrack.

“Trolls World Tour” is an animated musical slated to hit theaters on April 17 in the United States and on April 29 in Korea. It is the sequel to “Trolls,” a 2016 box-office hit.

Poppy and Branch are voiced by actors Anna Kendrick and Justin Timberlake in the English version of the film.

“World Tour” is set in Troll village, where Trolls battle each other through music genres, like pop, rock, classical, country, funk and techno.

Red Velvet was also cast as the K-pop trolls in the original movie and recorded “Just Sing” for the upcoming film. The group’s 2016 hit “Russian Roulette” is also included in the movie.