Talchum submitted to Unesco for recognition

Talchum submitted to Unesco for recognition 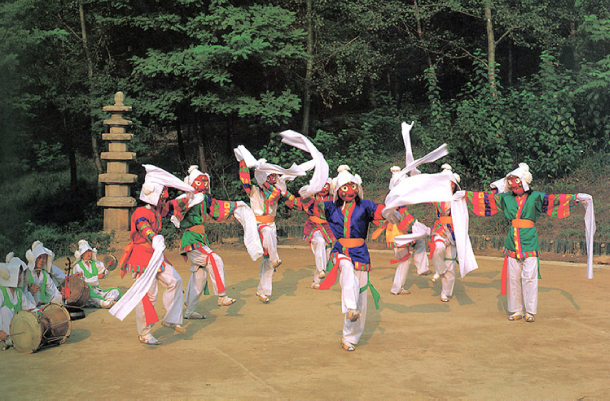 “Talchum, or Korea’s mask dance drama, is a form of art that consists of dance, music and theatrical performance and becomes even more complete when the audience takes part by reacting loudly to the show,” the administration said in a statement.

The submission was made on Tuesday, the administration said. Assessments will follow at Unesco, the administration added, and a final decision will be made in 2022 by the Intergovernmental Committee for the Safeguarding of the Intangible Cultural Heritage.

Talchum was often a mode of expression for ordinary citizens in Korea in the country’s pre-modern age to vent their dissatisfaction at inequalities and injustices in society.

“It was a form of satire, that usually involves a person telling a story while wearing a mask,” the administration said in its statement. “With the right mix of music and dance, the storyteller pokes fun at the injustices in society.

“But the act doesn’t end at that. It also poses possible ways for society to reach points of compromise for the betterment of many.”

A total of 13 forms of talchum have been inscribed as national intangible cultural heritage, according to the administration.