Defense cost-sharing deal is very near

Defense cost-sharing deal is very near

Wednesday was the first day that over 4,000 Korean employees of the U.S. Forces Korea (USFK), or around half the Korean personnel working for the American military, went on furlough because of the delays in reaching a new bilateral Special Measures Agreement (SMA). 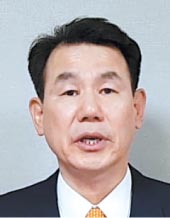 Seoul and Washington have reached a provisional agreement amid tough negotiations for the 11th SMA determining Korea’s contribution to the stationing of 28,500 U.S. troops in the country, according to a Korean government official Wednesday, and were in “final discussions.” The previous one-year deal expired on Dec. 31.

Signing a new bilateral pact could resolve the issue of Korean workers for the USFK being forced onto unpaid leave for an indefinite period, an unprecedented situation Seoul has expressed regret over.

Moon’s and Trump’s phone call on March 24 discussing the coronavirus pandemic is said to have brought needed momentum to the deadlocked SMA talks.

In the latest SMA, the two sides are looking for a five-year deal, according to sources in Seoul, and Korea is expected to pay roughly pay 10 percent more than the previous year.

Jeong Eun-bo, Korea’s top negotiator for the SMA, said Tuesday evening that the two sides were at the “final stages” of reaching a cost-sharing deal while expressing “regret” for the furlough of the Korean employees of the USFK.

There have been a total of seven rounds of talks since the negotiations for the 11th SMA kicked off last September.

Jeong held three-day talks from March 17 with his American counterpart, James DeHart, the senior adviser for security negotiations and agreements in the U.S. State Department’s Bureau of Political-Military Affairs, in Los Angeles.

Washington has been calling for Seoul to pay about $4 billion a year, which is lower than its initial demand of some $5 billion annually, a nearly fivefold increase in Korea’s contribution. Seoul has called for an increase of about 10 percent.

In the 10th SMA signed in February 2019, Seoul agreed to pay around 1.04 trillion won, which amounted to some $920 million at the time of implementation and around 8.2 percent more than what it spent the previous year.

The two countries have conducted routine negotiations since 1991 to decide Korea’s financial contribution to the non-personnel costs associated with keeping U.S. troops in the country.

While the two sides have often passed the deadline for SMA negotiations in recent years, including for the 10th SMA, this is the first time that Korean workers for the USFK have actually been furloughed.

The USFK on March 25 issued final notices to thousands of Korean personnel saying they will have to go on unpaid leave for an indefinite period of time, despite Seoul having tried to make arrangements with Washington that would guarantee their wages.

“Today, approximately half of the USFK Korean national employee workforce have been furloughed due to a lapse in the Special Measures Agreement,” Gen. Robert Abrams, commander of the USFK, said in a message to the furloughed Korean employees Wednesday.

Abrams called the situation “unthinkable” and “heartbreaking,” stressing that the Korean personnel are “vital to our mission” and to the bilateral alliance.

He continued, “And while this is an unfortunate situation and we will miss them dearly, we will work to minimize the impact on our ‘fight tonight’ posture despite the strenuous circumstances.”

Abrams then emphasized the need for Seoul and Washington to agree upon an SMA “in order to end the partial furlough.”

Choi Hyun-soo, spokesperson of Seoul’s Ministry of National Defense, expressed “regret” over the furlough Wednesday and said that the “government will make various proposals and negotiate with the United States based on the recognition that furloughing Korean workers is not helpful for the combined defense posture.”