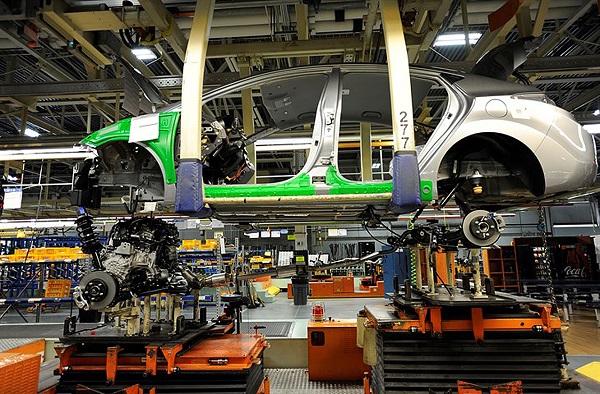 Korea’s overseas factories are grinding to a halt.

All of Hyundai Motor’s overseas auto assembly plants have been closed due to the coronavirus outbreak except its four in China. That means production is halted in the United States, the Czech Republic, Brazil, Russia, Turkey and India.

As the situation stands now, the Czech Republic plant is closed from March 23 to April 13, the Turkish factory until April 12 and the Indian plant until April 14.

Sister company Kia Motors has also seen all of its overseas factories close or plan to close except one in China. The automaker said Thursday that its facilities in the United States, Slovakia and India are closed at the moment and it will halt operations at its Mexico plant for a week starting next Monday.

Hyundai Motor Group said it hopes to resume operations as soon as possible but is unsure whether that goal can be accomplished given local outbreak conditions and the lowered demand for cars.

Korean electronics companies are also faced with factory closures. Within days, Samsung Electronics will be shutting down a quarter of its 37 production facilities in Korea and overseas, while LG Electronics is facing 15 percent of its global manufacturing capacity shutting down.

Samsung Electronics followed the Indian government’s order to close its smartphone and appliance factories in Noida and Chennai from March 23 to April 14. The company closed all operations in Brazil until April 12 and is planning to close its factory in Poland from next Monday to April 19. Plants in Hungary and Slovakia were closed until Wednesday, and the Russia plant is also closed at the moment.

LG Electronics closed six out of 41 global production bases since the outbreak. In India, its appliance factory in Noida and TV factory in Pune are closed from March 25 to April 14. The company’s laundry machine plant in Tennessee and auto parts plant in Detroit have been closed since March 20. Plants in Brazil and Russia have also been shut since late last month.

After the U.S. state of Michigan ordered people to stay home for three weeks, LG Chem and Samsung SDI shut their battery plants for three weeks from March 25. Faced with shutdowns of Hyundai Motor and Kia Motors, Hanwha Solutions is also producing fewer auto parts at plants in the Czech Republic and Alabama.

Posco’s factories in Italy, India, the Philippines and Malaysia are closed as well, and Hyundai Steel had to curb production at all of its manufacturing bases except in China.

Analysts warn that continuing factory shutdowns could result in major damage to the economy and argue that companies are in need of government support.

“The coronavirus pandemic is a disaster that threatens every part of the economy — demand, supply, domestic sales, exports, households, companies and the government,” said Yoo Hwan-ik, a researcher at the Federation of Korean Industries.

“A treatment is no longer useful for a patient past a certain time period no matter how good it is, and the same goes for government support. We are in immediate need of measures for companies like temporary regulatory relief. The government must be willing to execute all measures possible.”