Five million customers can be wrong

Five million customers can be wrong 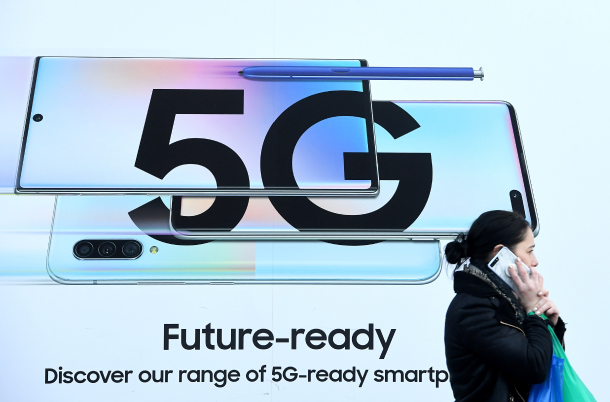 A pedestrian walks past a sign advertising 5G technology in London on Jan. 29. [EPA]

One year after its launch, Korea’s first-in-the-world experiment in 5G has definitely been a mixed bag.

The fifth generation of wireless networking technology premiered with much fanfare, and the three major mobile carriers in the country have so far attracted more than 5 million subscribers to the high-speed service.

But like the 5G coverage, the reaction from its users has been spotty. The connection can be unreliable depending on a user’s location, and the three providers are still far from reaching their pledged speed of 10 gigabits per second.

The one-year history of 5G in Korea - including technical glitches, major milestones and varied consumer reactions - offers potential lessons for countries, since many in Europe and Southeast Asia are set to adopt their own fifth-generation networks this year.

Marking one year of the launch, Korea JoongAng Daily looked into the path that the network service has taken in one of the world’s most wired nations and where it is headed.

Korea became the world’s first country to roll out commercial 5G networks, creating a flurry of subscriptions to the new service.

As of this February, 5.36 million people, or one-tenth of all smartphone users in Korea, have 5G mobile service, according to data provided by the Ministry of Science and ICT on Wednesday.

The rate of growth has flattened out recently, however, particularly after the outbreak of the coronavirus. New subscriptions reached 780,000 in May 2019, from 270,000 in April, the first month that 5G plans were available.

The construction of base stations across the country played an integral role in ensuring wide, dense coverage.

There were 109,000 5G towers in 85 cities as of February, according to the Science Ministry.

The early deployment opened the door for new contracts outside of the local wireless service industry’s home turf - an overseas reach that was lacking during the deployment of previous generations of wireless networks.

Far from the ‘fastest’ connection

The next question will be whether the users enjoy all the promises of the much-anticipated technology.

The response is a mixed bag, according to 5G smartphone users interviewed by the Korea JoongAng Daily. A lack of base stations and the process of switching to 5G from LTE often lead into unstable connection and slow latency.

Oh Sang-hoon, a 38-year-old Seoul resident, uses Samsung’s 5G-enabled Galaxy S10, but he said he often turns off the feature.

“I can hardly get access to 5G, and even when connected, it is not stable,” Oh said, “so I deactivated the feature and use LTE.”

At the heart of the problem is that Korean carriers currently use the non-standalone version of 5G, which introduces delays.

In the non-standalone system, when the network fails to detect a stable 5G signal, it pushes that connection to 4G, a process that adds latency. Latency is the time it takes for data transmitted from the user’s device to be uploaded and reach its target.

The problem can only be solved once the carriers move to a standalone version of 5G. The three carriers have said they plan to eventually migrate to standalone, with SKT aiming for the first half of 2020.

Because the 5G frequency has difficulty transmitting through a building’s thick walls, the operators also have to expand their indoor coverage to make 5G more widely available. Only about 500 buildings are equipped with the infrastructure to run the latest network, according to the Science Ministry.

The carriers tried to boost the appeal of 5G by increasing the availability of virtual and augmented reality content, but none of the companies have produced any notable achievements on that front.

“Since I can’t use 5G that often, I feel as though I am subscribed to LTE at a more expensive cost,” he said.

He added that he hasn’t ever watched any virtual reality or augmented reality content on 5G.

More a marathon than a sprint

Despite their struggles out of the gate, the carriers are attempting to resolve the problems by investing resources to improve network quality.

The top priority is coverage. A major reason why 5G network users complain of frequent disconnection inside the city is the lack of in-building network equipment. The three mobile carriers fell short of their goal to install 5G equipment at a thousand buildings across the nation, finishing out 2019 with only about half that amount.

The companies have promised to install more 5G base stations this year, to expand the network’s scope to more rural districts and smaller buildings. Last year’s efforts focused largely on heavily trafficked areas like airports, malls and university districts.

The government is also lending a hand. Finance Minister Hong Nam-ki said in a Wednesday briefing that it would invest 4 trillion won ($3.3 billion) to expand the country’s 5G network during the first half of this year, nearly doubling the amount pledged earlier this year. 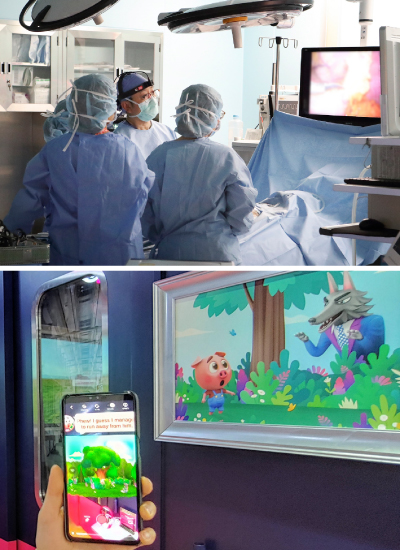 Starting this year, the Ministry of Science and ICT will evaluate 5G network quality biannually.

Even as they continue spending on the expensive transition, telecommunication companies are struggling to come up with a long-term strategy to recoup that investment.

SK Telecom CEO Park Jung-ho admitted that in a March shareholder meeting, noting that the “5G [business] lacks a definite business model,” pledging that the company’s top goal would be to find it this year.

Combined, the three mobile carriers spent 9 trillion won last year on 5G equipment, along with the pitched marketing battle to attract early adopters to their 5G networks. Each of the carriers saw annual operating profits for 2019 slide by 7 to 9 percent last year.

The companies have put forth a strategy to focus more on business customers this year.

A majority of 5G services offered to individual consumers at the moment, like games or videos, can be enjoyed in high quality with the existing 4G LTE connection. But the benefits of 5G’s bigger bandwidth has more significant implications for businesses.

“The more users you have on the platform at once, the more frequent the delays in data transmission, and the transmission is slower. Businesses need a network that can accommodate thousands of users at once, so the advantage of 5G is more evident for them at this stage,” KT spokesman Kang Da-som said, pointing specifically to field hospitals and factories as possible partners.

KT is currently working with ship maker Hyundai Heavy Industries to establish smart factory technology and has struck a deal with Samsung Medical Center to realize the world’s first 5G hospital. On Sunday, LG U+ announced it would invest 2.5 trillion won to develop business-to-business opportunities in the next five years. Apart from smart factory, LG is working with Doosan Mobility Innovation to develop 5G-connected industrial drones.

SK is working on finding ways to apply 5G to power generation, in hand with the state-owned Korea Hydro and Nuclear Power.

But 5G’s expansion this year faces an unexpected crisis in the new coronavirus. Amid the pandemic’s spread, fewer customers are visiting phone stores. The installation of in-building 5G equipment has also been hampered by social distancing, with face-to-face negotiations with building owners becoming more difficult.

Samsung Securities analyst Choi Min-ha called the telecommunications companies’ goal of switching 25 to 30 percent of their subscribers to 5G networks by the year’s end as “beyond their reach.”

“Although new flagship smartphones hit the market in March, the number of visitors to offline stores has plunged due to the coronavirus pandemic,” she said. “This suggests 5G subscriber growth is not perking up and is likely to miss our earlier 1Q20 forecasts.”

Although slow, Choi believes 5G subscribers will eventually increase, as more 5G smartphones are introduced in the second half of 2020, including Apple’s first 5G-connected iPhone.

In the long run, some experts say the pandemic-fueled lockdowns around the globe may ultimately increase interest in high-speed 5G networks. More companies are working from home, and in Korea, the entire nation’s classrooms have migrated online