Hanjin KAL appointed outside director Kim Seok-dong as the chairman of the board of directors, the company announced Thursday.

The appointment follows a recent change in regulation in February that requires the chief executive officer position and the chairman position to be held by different people. 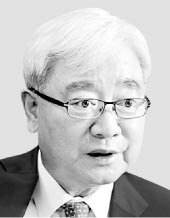 The goal is to raise the transparency and independence of the board. The company believes the separation will also contribute to protecting shareholder rights and lead to better strategic decisions.

Kim is an expert in finance. He served as the chief of the Financial Services Commission from 2011 through 2013.

He has been involved in finance for 35 years. The company hopes his expertise will help improve the financial structure of Hanjin KAL.

On the same day, Hanjin Group Chairman Cho Won-tae was reappointed as the chief executive officer of the company.