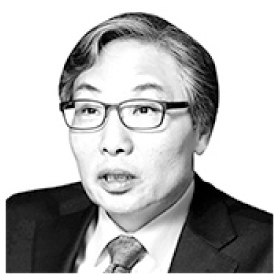 March 2020 will go down in world history as the month that the globalized world lost its leader. On March 11, U.S. President Donald Trump announced he was taking action to curb the spread of the new coronavirus (Covid-19) by restricting all travelers from Europe to the United States. The Trump administration had not discussed the travel ban with Europe in advance, nor did it give any prior notice to Europe of its final decision. Europe was completely caught off guard — and subsequently gripped by chaos and confusion. Even before Trump made the announcement, Europe had been fed up with a White House chief who saw alliance relationships as mere financial transactions. Yet, even so, the travel ban was unforeseen. 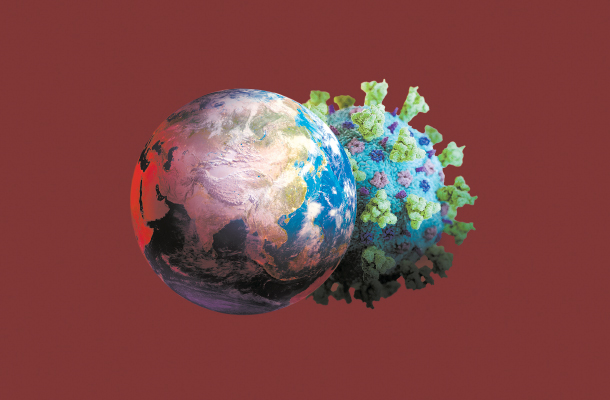 Trump placed America in danger by ignoring advice from medical experts in the early stages of the coronavirus outbreak and focused more on how the pandemic would affect his reelection. Member states of the European Union wanted to flaunt their tightly-knit cooperation amid the Brexit transition, but they, too, missed the chance to take early quarantine measures in the Covid-19 crisis, an in consequence, placed the entire continent in peril.

Chinese President Xi Jinping, who was absent from the public eye during the early days of the crisis, visited Wuhan, the coronavirus epicenter, on March 9 for the first time since the outbreak and declared that the spread of the disease was “basically curbed” in Wuhan. But that does not relieve China of its original sin. On March 13, the South China Morning Post (SCMP) reported that China’s first confirmed case of the coronavirus traced back to mid-November, which was weeks earlier than what the world had thought. The Chinese government deliberately censored and concealed information about the coronavirus, and it was not until late January, when 5 million people from Wuhan had left the city for the annual Lunar New Year holiday, that Beijing publicly confirmed the outbreak. By then, the situation had already gotten out of control. People who did not know they had contracted the virus were scattered all over the world. China dragged the world to the front gates of hell.

The coronavirus epidemic turned into a pandemic. The United States, Europe and China all missed their “golden times,” or opportune moments to subdue their outbreaks, as they underestimated the gravity of the situation and got carried away by domestic politics. The World Health Organization (WHO), which took a long time to label the outbreak a pandemic, was ridiculed by many as an international health body unworthy of the word “World” in its name. Everyone across the globe is shivering with fear in this unprecedented health emergency, holding their breaths as spring silently passes by. But nowhere can we see any form of cooperation between countries to fight the pandemic.

The coronavirus outbreak was China’s chance to seize a leading role in the globalized world after the United States abandoned the stage. If China had swiftly and transparently shared information about the virus with other countries and initiated a global cooperation network, the world could have fought the virus earlier on, and there would have been more time to develop a vaccine and treatment. Countless lives would have been saved, a number of businesses would not have gone bankrupt, and employees would not have lost their jobs.

China belatedly placed many parts of the country under lockdown, and as soon as it saw the peak of the spread pass, it shamelessly blamed the United States for bringing the virus to its borders. The so-called China model of development — which had been revered by many Chinese citizens as an effective and speedy system despite Beijing’s suppression of media and human rights — has now degenerated into a subject of distrust. As China lost its chance to play the leading role in the globalized world, the dangers of the Chinese model have only been magnified.

The pandemic vividly showed what prices some countries have to pay for siding with China’s globalization drive. Take Italy and Iran for example, two countries that saw sharp increases in the number of infections from their initial stages of the outbreak. Iran had voluntarily stepped into the orbit of Chinese capital to evade international sanctions, while the high-end designer brand factories of northern Italy had long been run by Chinese workers. They had to pay a fatal price for choosing business over their citizens’ lives.

Even oil producers have trouble getting their acts together

It’s like the world is now in a dark theater trying to escape a huge blaze. In such circumstances, a leader should lead the entire audience in an orderly manner, but there’s no one guiding them out of the building. Chaos keeps intensifying. Consumption has frozen amid a social distancing campaign enforced by every country. After more than 10 years of economic expansion — and driving the world economy — the United States is now about to undergo one of its biggest unemployment crises in history. China, which was headed to an economic downturn after a trade war with the United States, is now being swept away by the tsunami of Covid-19. Analysts are beginning to utter something that was totally unimaginable before — that the Great Depression of the 1930s could be repeated.

International cooperation, which is supposed to kick in during difficult times, has been broken. What happened to the Group of 20, which helped rescue the world economy after the collapse of 2008? A video conference was belatedly held on March 26, but it stopped way short of easing market jitters. Shortly after the hurriedly-arranged special G-20 meeting, Trump signed a bill advocating Taiwan’s international presence. As a result, the simmering dispute between the United States and China is intensifying. At a dangerous moment like this, a battle over oil raged between two other G-20 countries — Russia and Saudi Arabia — over oversupply until the last minute when they managed to agree to cut their output to prevent a further decline in oil prices. Saudi Arabia is this year’s host country of the G-20 summit meeting. The Group of 7 meeting held in March among finance ministers and central bank governors only ended with a cacophony of rhetoric despite the urgent need for international cooperation in the battle against Covid-19.

An unprecedented paralysis is weighing down on us right now, but nowhere can we find a leader to save us. Gone are the days of globalization, which placed the value of efficiency foremost. It is also doubtful whether the global supply chain — which connected all corners of the world together like a spider web using cutting-edge technology as a catalyst in the crusade for cost reduction — can really last. We have belatedly come to realize that on the flip side of the global supply chain’s heightened efficiency is a source of vulnerability that is just as large. With the Chinese model at the center of that global supply chain, the vulnerability could be lethal. Unlike the past era when supplies were offered by countries that could ensure a purity rate of 99.9999 percent, the upcoming “strategic distribution” era would gladly accept products with a purity rate of 99.99 percent.

The expansive global supply chain will become regionalized and reduced in scale. The chain might seriously start breaking into two: one that revolves around the United States and the other around China. We will no longer have a world where countries share the same supply chain even if they have different political systems. How will Korea survive such a gargantuan shift in tides? As the nation struggles to contain its coronavirus outbreak, a larger crisis awaits us around the corner.