Not just the title of a 1995 film by Hong Kong Director Wong Kar-wai starring Leon Lai and Kaneshiro Takeshi, a “fallen angel” is also a financial term referring to stocks that were once popular but lost appeal. 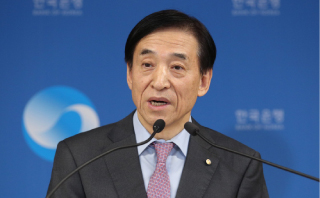 Bank of Korea Gov. Lee Ju-yeol is considering a direct loan to non-banking financial firms with their corporate bonds and commercial papers as collateral for the first time since the 1997 foreign currency crisis. [NEWS1]

This term also refers to a bond which was downgraded to “non-investment grade” by two of the three major international credit rating agencies after it was initially issued as “investment grade.”

When GM and Ford were downgraded to junk bonds in 2005, American media called their corporate bonds “fallen angels.”

Nowadays, the term includes bonds issued by small- and medium-sized companies with growth potential but with low credit ratings, or bonds issued to raise funds for mergers and acquisitions.

The international financial market is shivering over the risk of a credit rating crisis ignited by these fallen angels.

In the aftermath of the Covid-19 coronavirus outbreak, airline and hospitality industries are struggling with declining performance and finances.

Corporate bonds in the energy industry, directly hit by plummeting oil prices, are also in free-fall. When credit ratings fall, companies are ignored by investors even if they offer high interest rates on their bonds, which makes it difficult for them to raise funds.

Major foreign investment banks project that about $200 billion worth of bonds will be knocked down to non-investment grade in the U.S. bond market this year.

Korea is also nervous about credit strain in the corporate bond market.

A securities company with a difficult financial condition amid a stock market crash in major countries sold its commercial papers and corporate bonds, but the market is frozen due to a critical lack of demand.

The Bank of Korea is considering direct loans to non-banking financial firms, such as securities companies, with their corporate bonds and corporate paper as collateral for the first time since the 1997 foreign exchange crisis.

In the midst of all these falling objects, can the central bank serve as a shield to protect the fallen angels?