Two swords slashed the air and hit the shoulders of the warriors. The wooden swords didn’t result in serious injury, but as they were so fast, it was hard to distinguish the winner. One claimed victory, but the other responded that his opponent would have died if it were a real sword. 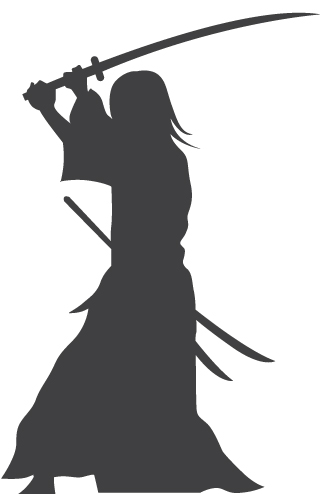 The enraged warriors took out real swords for a showdown. One warned that the other could really die and drew his sword. The silence was broken and one screamed as the two swords danced. The warrior who provoked slowly fell first, spouting blood.

This is a scene from Seven Samurai by Japanese director Akira Kurosawa. The short sequence portrays the coldheartedness of a sword fight. Once you draw a real sword, your mission is only finished when you kill the other swordsman.

It seems that the ruling Democratic Party is determined to have a sword match with the prosecution. Interestingly, the criticism on prosecutors by pro-ruling party commentators projects subtle confidence. I got a clue from the comment that the family of Prosecutor General Yoon Seok-yeol could be the first to be investigated by the new law enforcement agency to be established by the ruling party to investigate crimes by high-level officials, including judges and prosecutors. As pro-ruling party commentators accused Yoon’s wife of corruption on April 7, they pressured that the special law enforcement agency would act upon the case. They seem to support the agency that will launch as early as July. Bringing the case to the special agency seems to be a given fact, and the possibility to launch an investigation of Yoon’s wife is not small. Of course, the prosecution warned that it will look into cases that will touch the Achilles’ heel of the ruling party after the April 15 parliamentary elections.

The contest of the two groups is not bad for the good of the people. The good function of the special law enforcement agency can be immediately proven if it can find corruption related to prosecutors. If the prosecutors probe into any corruptions related to the power, it also deserves praise.

But the premise is that one side’s real sword should not be countered by a wooden sword. There is ample possibility of foul play by the ruling party considering the clause in the Act on the Special Investigative Agency on Corruption of Senior Officials, which allows the special agency to take cases from the prosecution.

It was the spectators that prevented a possible trick by the warriors in the film. If the contest happens, people have to play that role, to let them know that they are being watched.