‘The World of the Married’ is not a typical affair: Hit JTBC drama tells tale of a woman on a revenge mission

‘The World of the Married’ is not a typical affair: Hit JTBC drama tells tale of a woman on a revenge mission 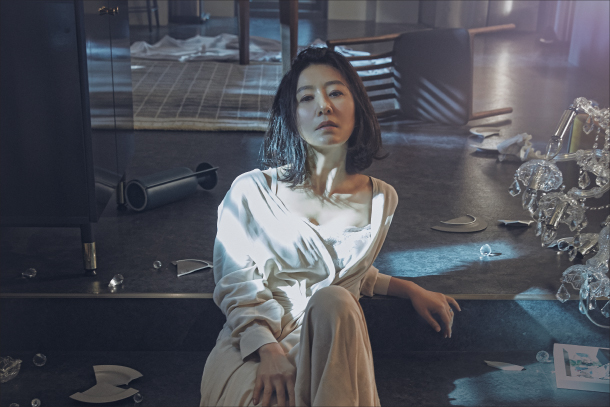 Sun-woo (played by Kim Hee-ae), a successful doctor, is revered by everyone in her upper-class community. [JTBC]

Television dramas have long been coming up with provocative story lines to capture more eyeballs, and one popular theme found in many series is love affairs.

A story of a character’s affair always takes viewers on a ride filled with excitement and a whirlwind of emotions. The most iconic affair in a local drama series took place on “Temptation of a Wife” which aired on SBS in 2008.

The story centers on Eun-jae, who loves her husband dearly and would do anything for him. She is betrayed by him and her best friend, Ae-ri, who turn out to be having an affair. Determined to get back at the couple, she changes her identity and puts on her seductive charm to entice her erstwhile husband. A lot of the story didn’t make sense - the biggest flaw would be that Eun-jae was able to fool everyone into thinking that she was a complete stranger although all she did was put a dot near her left eye - but nevertheless the story was certainly stimulating: Everyone watching the show felt for Eun-jae and waited excitedly to see how she got her revenge.

Nevertheless, no matter how exciting the story was, viewers often criticize affair stories for lacking consistency and for seeming quite far-fetched.

But that stereotype is being broken by the series “The World of the Married,” which is currently airing on JTBC. Although the story has only aired four episodes so far, the viewership ratings for the fourth episode jumped to 14 percent, a surprisingly high number given the fact that the show’s first six episodes were rated R by the Korea Communications Standards Commission (KCSC). Its predecessor, the breakout hit “Itaewon Class,” recorded a 9.4 percent viewership rating for its fourth episode.

The series has changed the typical affair story into a psychological thriller with a fast-paced plot. There’s no beating around the bush waiting for the significant other to find out about the affair.

The protagonist here, Sun-woo (played by Kim Hee-ae), finds out about the extent of her husband’s affair at the end of the first episode. What she always presumed as being an ideal, happy family with her loving husband and a son was shattered to pieces as she finds out through her husband’s secret phone that everyone around her - her friends and neighbors - has been aware of the affair for years but didn’t tell her.

At first, Sun-woo tries to forgive him. She had a son to protect and a reputation to keep in her tight-knit upper-class community where news travels fast. She is the vice president of her hospital and a revered doctor. If she gets a divorce, she might lose all she has, and she cannot allow that to happen. But as her husband continues to deceive and trick her, she decides to divorce him, but is determined to make sure that once he’s out of the picture, everything else will stay the same. 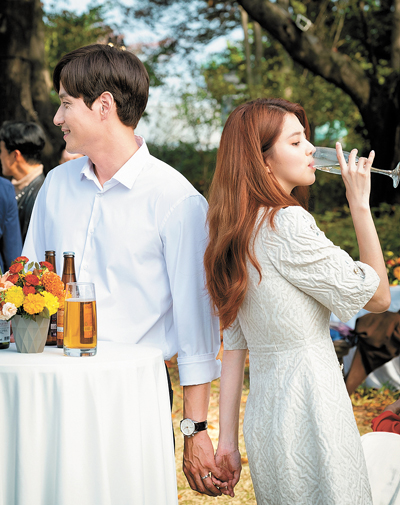 “How low I’ve fallen, covering up my deprivation with hypocrisy and deception. […] Certainly this is what hell is,” Sun-woo narrates at the beginning of the second episode. “How will I return this hellish pain [to him] to the fullest, in the most perfect and fair way?”

Although an affair is the central theme of the show, another attraction the series offers is the relationship between the people surrounding the family. Through them are portrayed various sides of humanity and perhaps ugly emotions such as contempt and jealousy, which are usually hidden from the surface.

The way that Sun-woo, although she was the last to know, crosses through the web of complex relations to execute her final goal is satisfying for audiences to watch, knowing that those who need to be punished will get what they deserve. The empathy that the audience feels for Sun-woo may be fueled even more due to the actor’s superb performance.

“The actor’s performance turned this otherwise typical affair story into a masterpiece,” reads one comment posted beneath a clip of the show on YouTube.

“What the story is trying to tell through the affair is what’s important,” culture critic Jeong Deok-hyun says. “While the majority of other affair series tend to highlight the provocativeness of a secret affair through showing their intimate moments and how the victim suffers, ‘The World of the Married’ focuses on Sun-woo’s state of mind more meticulously and shows how relations within a family, which is considered to be the very basic unit and fundamental root of society, can be precarious.”

The series is based on the megahit BBC drama series “Doctor Foster” (2015) which depicts the ugly process of divorce in British upper class society. The second season ends with all of the members of the family - the mother, the father and the son - being damaged by the divorce in ways that no one anticipated. Although the “The World” closely follows the narrative of the original, it remains to be seen if they’ll follow suit for the ending as well.

On the other hand, culture critic Hwang Jin-mi remains skeptical of the message of “The World.”

“Is this series trying to point out that divorce is this difficult for clever women like Sun-woo?” Hwang said. “She says that she’s doing all she can to have only her husband out of her life, but isn’t how she plots, schemes and takes revenge against him showing that she is still obsessed with him? [Regardless of the series’ popularity] I wonder if Sun-woo’s fear and obsession with not being framed as a divorcee fits with contemporary society today, and whether [such narrative] is necessary.”