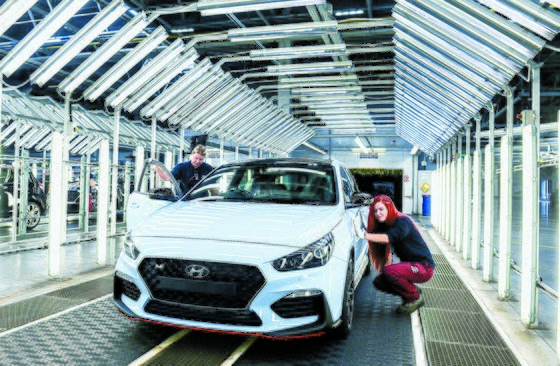 Hyundai Motor’s factory in the Czech Republic is expected to resume operations as planned after the coronavirus pandemic forced the automaker to shut most of its overseas manufacturing.

The largest automaker by sales in Korea said Friday that its auto assembly plant in the Czech Republic will reopen on April 14 as originally scheduled. The company said the operation rate for the factory will be determined based on the European market’s demand.

The Czech Republic factory is one of the four manufacturing bases in Europe for Hyundai Motor Group. Kia Motors’ factory in Slovakia, where the coronavirus outbreak is not as widespread compared to other countries, resumed operations last Monday.

According to Hyundai Motor, the Czech Republic factory will manufacture less than two-thirds of its original capacity to meet the lowered demand for new cars in the global market. The company is planning to cut the number of shifts and run the factory for shorter hours to make fewer cars for the European market, which saw the demand for new cars dip around 80 to 90 percent last month compared to a year earlier.

Hyundai Motor Group is extending holidays for its other manufacturing bases in response to the coronavirus pandemic.

The automaker group’s factories in Russia and Turkey have been closed since late last month, and when these two factories will reopen remains unclear.

The Turkey factory is scheduled to remain closed until the end of this week and resume operations Monday, but the company could extend the holidays in the face of the pandemic. Hyundai Motor has not a set date for its factory in Russia to resume operations.