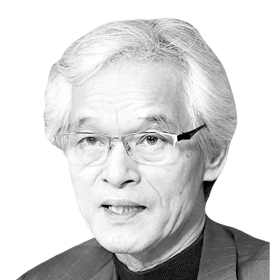 Frankly, I did not know who was running in my constituency in the parliamentary elections on Wednesday. I haven’t been interested. Like most others, my attention was on the coronavirus (Covid-19) outbreak. Political news was last on my list as I had been entirely preoccupied with the well-being of my family, relatives, friends, colleagues and society.

I had to pay heed to the routes of people who had tested positive. I felt uneasy about using public transportation. I tried to avoid eating out or visiting convenience stores. I was grateful for mobile shopping and delivery workers. I carried around hand sanitizer. Political wrangling and noise sounded foreign and pitiful. Examining the long list of 37 political parties for proportional representation seats in the National Assembly was too big a hassle for me.

I decided to cast my ballot during the early voting period on Friday and Saturday. I went early in the morning. People clad in face masks lined up 2 meters (6 feet) apart and were given disposable gloves. The long queues reflected the will of the people to correct the dysfunctional politics.

I was awed by the sight of mature citizenship. Every parent has a soft spot for a slow child. Korea’s soft power has wowed audiences around the world. Korean corporate names have become familiar on the global stage. Citizenship has matured. But politics alone stay underdeveloped. They require special attention from citizens. Of course, politicians would never know or care about the anxieties of voters.

Since the constitutional reform in 1988, the country has had eight parliamentary elections. But this year’s is the first time the election is held without a rigorous political debate due to the coronavirus outbreak. Parliamentary elections often serve as a mid-term referendum on the active government. Voters grade the president and the ruling power’s performance on the ballot card. They made rational judgments regardless of the mudslinging and heated argument.

However, this dynamic has disappeared in this year’s legislative election. The ruling power has hid behind the virus. Or the virus has masked the governing power. Its reckless preoccupation over eliminating the remnants of past conservative governments or its economic failures is not the issue now.

Before the Covid-19 outbreak, politics were chaotic and stalemated. The ruling power railroaded though a bill to create an extra law enforcement agency with exclusive authority to investigate and indict senior government officials facing corruption charges and pushed for revisions in the election law to broaden proportional representation. The new investigative agency is most likely aimed at ensuring the sustainability of the ruling power and protecting it from prosecutorial revenge if the governing power changes hands. The proportional representation was designed to reinforce the majority rule of the governing power in the legislature.

Prosecutor General Yoon Seok-youl became the primary political scapegoat. Although he was handpicked by the government to spearhead prosecutorial reforms, he was abandoned because he did not spare the presidential office and ruling Democratic Party (DP). The ruling power wanted a submissive prosecution. Politicization of the top law enforcement agency undermines the judiciary order. The new investigative agency will target the prosecution first. The democracy Korea has built over the last 33 years is at risk.

Was the vote a choice between encouragement and check in power? I chose the future. The biggest threat in the near future is the economic fallout from the virus pandemic. IMF Managing Director-General Kristalina Georgieva warned that the global economy could face the worst recession since the Great Depression in the 1930s. She projected 170 out of 189 countries could report negative growth this year.

Can the Korean economy weather the catastrophic aftermath of the pandemic? The economy was ailing even before the outbreak. The nearly non-existent economic team at the presidential office, the arrogance of leftist policymakers and blind ideological pursuits have wrecked the economy. Their stubborn defense of the income-led growth policy has killed our economic vitality. Battered self-employed and merchants easily gave way under the final blow of Covid-19. The state subsidy, relief funds, loans, and tax breaks are small compared to their losses from the policies that have wrecked their businesses.

The Middle East respiratory syndrome (MERS) was combated. But Covid-19’s bruising ramifications on the economy could affect all 50 million people. The sickness in the economy stems from distortions in the market ranging from ideological infection to business-unfriendly environments. Fiscal spending requires future planning. Can the government withstand the economic ailment? If the Blue House and the DP go back to their past ways, the Korean economy is doomed.

Voters must have their eyes on the future when they enter polling booths.