‘GFriend’s Memoria’ to make its online premiere this Friday

‘GFriend’s Memoria’ to make its online premiere this Friday 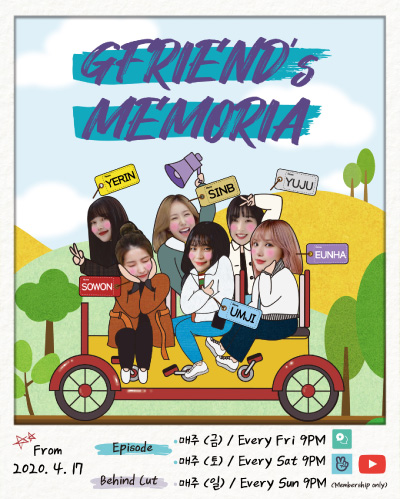 Girl group GFriend’s new reality show will be posted online this week, first through fan community app Weverse and then on Naver and YouTube.

“GFriend’s Memoria” is a reality program featuring the group’s six members traveling together, made as “a gift for the members to share their precious memories with their fans” according to the agency.

The first episode of GFriend’s show titled “GFriend’s Memoria” will be posted on Weverse on Friday at 9 p.m., then on the group’s official YouTube channel and Naver’s V Live the next day.

Members of Buddy, GFriend’s official fan club, will also get access to behind-the-scenes videos every Sunday.