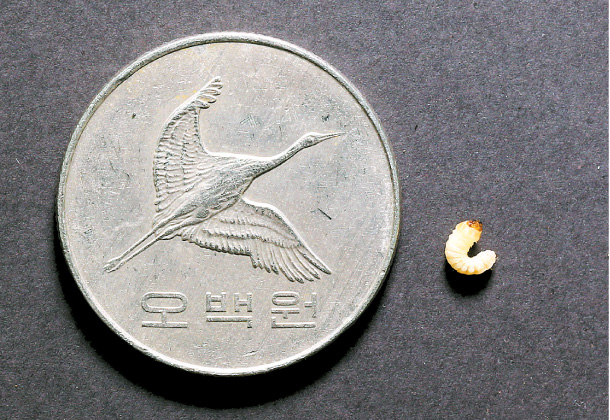 Korea’s Cultural Heritage Administration announced Monday that it has successfully hatched the larva of two Callipogon relictus, a type of longhorn beetle that is nearly extinct in Korea, shown in the photo above. The larva’s mother was found in Chuncheon, Gangwon, last year. It was the first time in 46 years that a larva of the beetle was found there. The Callipogon relictus is Korea’s natural monument No. 218. [CULTURAL HERITAGE ADMINISTRATION]