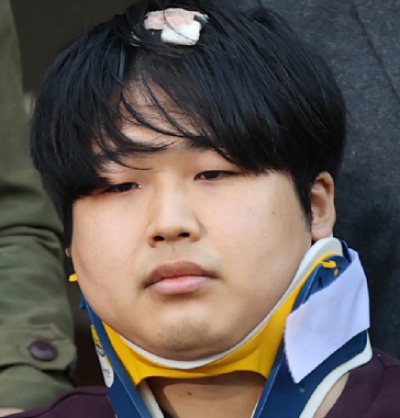 Cho Ju-bin, the 24-year-old suspect behind a massive online pornography ring, was indicted on multiple charges including sexual abuse of minors.

A special task force created to probe digital sex crimes at the Seoul Central District Prosecutors’ Office announced that Cho was charged with 14 different crimes for using the Telegram messaging app to sell and share pornographic material obtained from dozens of victims through coercive means.

The charges range from rape and sexual assault to violation of the Act on the Protection of Children and Youth against Sex Offenses.

According to new guidelines set by the prosecution last week, Cho may be recommended for a sentence as severe as life imprisonment by prosecutors.

So far the identities of 25 victims - including eight minors - have been verified, though there are believed to be dozens more.

Prosecutors will also decide whether to add a racketeering charge in light of the systematic nature of alleged crimes conducted in collusion with a number of other suspects, said Yu Hyeon-jung, head of the task force.

The suspects acted like an “organic cartel” in the way each member “successively and continuously” took up different tasks in operating the Telegram ring, with some responsible for manufacturing and distributing the content while others collected money.

Cho, who went by the online alias Baksa, meaning doctor or guru, allegedly blackmailed female victims to provide sexually explicit photographs and videos of themselves, which he sold to paying members on his Telegram chat rooms from May last year to this February. These chat rooms were believed to have around 15,000 paying members.

He was arrested by police on March 16 and handed over to prosecutors on March 25.

Two of Cho’s alleged co-conspirators, a man surnamed Kang, 24, and a high school student surnamed Lee, 16, have already been indicted, though they were given additional charges related to Cho’s indictment on Monday.

Kang, as well as an additional alleged conspirator yet to be indicted, are accused of illegally extracting private information from government databases and handing them over to Cho for use in a number of different schemes.

Lee allegedly posted content depicting sexual exploitation of 17 victims on the Telegram chat rooms, and operated one of the chat rooms.

Two other suspects, one surnamed Kang but known by his alias Butta, and a soldier known by the alias Igiya, are also in police custody.

According to the National Police Agency, which has been carrying out a nationwide crackdown on digital sex crimes following the Telegram bust, a total of 221 suspects have been identified so far. Among them, 32 are currently under pretrial detention.

Prosecutors are still investigating the extent of the profits generated by the ring, much of which were collected in the form of cryptocurrency paid by users wishing to enter the chat rooms on Telegram.

Prosecutors have asked police to hold on to the 130 million won ($106,800) seized from Cho’s home, and have filed warrants to seize assets contained in Cho’s 15 cryptocurrency wallets, Yu said.

Yu stressed that this case should not be wrapped up with the punishment of a few suspects.

“We want to point out that this is a problem that has emerged not simply from certain individuals’ deviations, but rather out of the accumulation of apathy in society, politics and policymaking,” she said.

“We hope this case becomes a means to teach young people to be wiser about discerning the dark dangers that lie behind online anonymity and build awareness about videos depicting sexual abuse, not only between law enforcement agencies but also society at large.”

Yu further noted that laws needed to be amended so that the identities of criminals convicted of sexually abusing minors are publicly disclosed. A method was also needed to expedite the deletion of pornographic content involving minors online, she added.