SuperM to perform during ‘One World: Together At Home’ concert

SuperM to perform during ‘One World: Together At Home’ concert 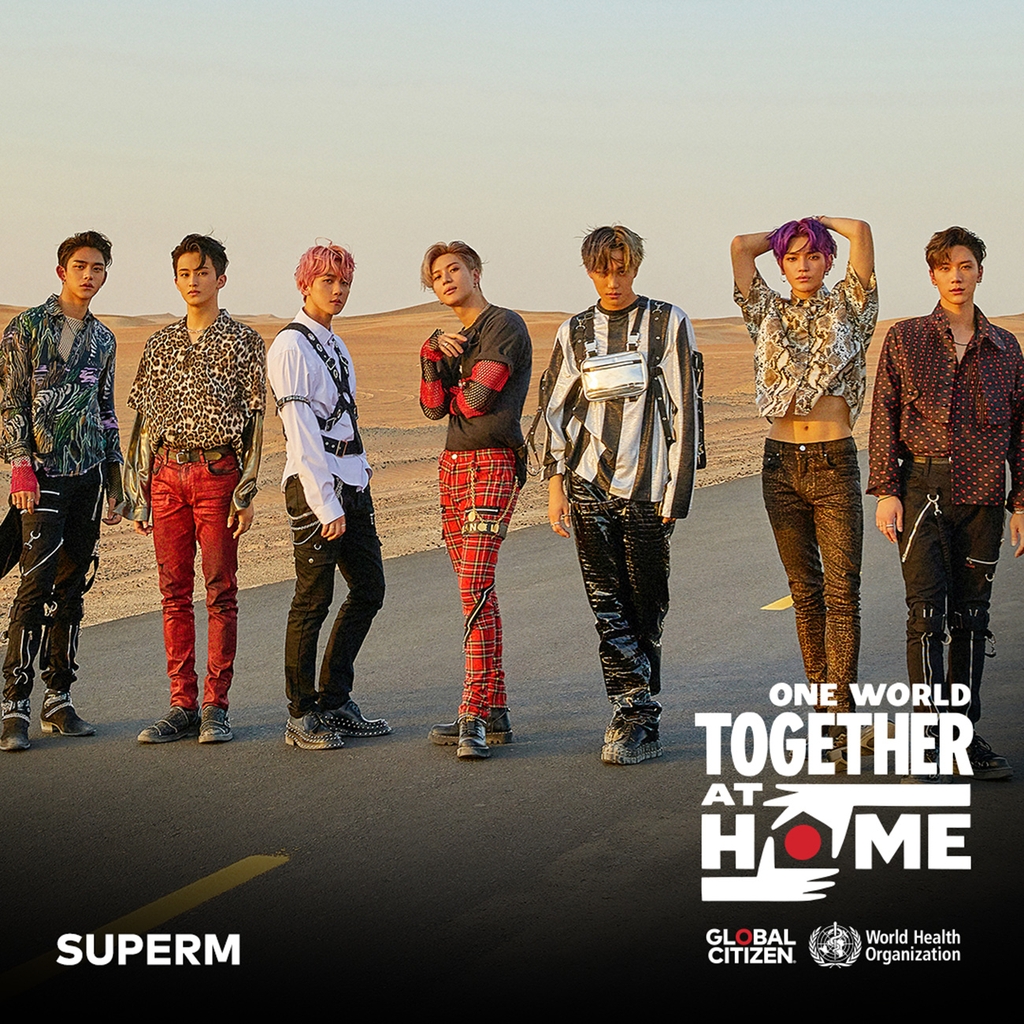 Boy band SuperM is taking part in Lady Gaga’s “One World: Together at Home” global virtual concert this Saturday.

It will be the only Korean act performing at the event, according to SM Entertainment.

The concert is being organized by the Oscar-winning singer, the World Health Organization (WHO) and Global Citizen to raise awareness and to celebrate healthcare workers globally on the frontlines of the coronavirus pandemic.

The concert is not a fundraiser, as the singer has already secured $35 million in donations for the WHO’s Covid-19 Solidarity Response Fund.

It is instead an initiative to “tell the stories and celebrate the frontline communities, healthcare workers and their acts of kindness,” according to the singer at a press event on April 6.