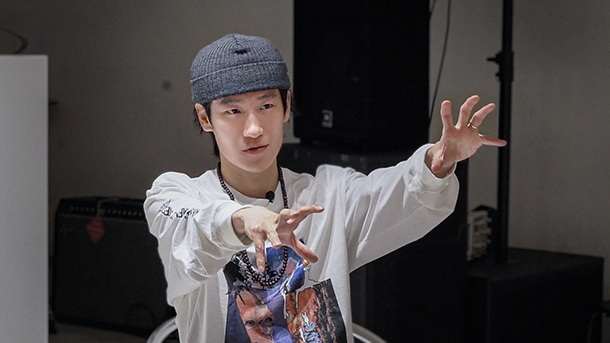 The 2016 film “Train to Busan” marked the start of a Korean zombie era that came to be affectionately nicknamed “K-zombie” after the success of the 2019 Netflix original series “Kingdom.”

There are many reasons why local zombies are beloved by viewers worldwide, but some of the highest praise they have received is for the convincingly creepy ways that they move.

If audiences come away thinking that the actors playing the zombies are haphazardly moving however they wish, they would be mistaken. Every zombie movement in “Train to Busan” and “Kingdom” was meticulously and carefully designed by choreographer Jeon Young, who was in charge of developing movements and training actors for both hit projects. The choreographer has also worked on other films such as “The Closet” (2020), “After My Death” (2018), “Psychokinesis” (2018) and “The Wailing” (2016).

From left, zombies from “Train to Busan” (2016) and Netflix series “Kingdom.” Choreographer Jeon Young told press that one noticeable difference between the two is that the former was inspired by people infected with rabies, while the latter was inspired by sleepwalkers. [NEXT ENTERTAINMENT WORLD, NETFLIX]

Jeon is part of the five-member dance crew Centipedz, which specializes in the street dance genre of bone-breaking. The style originated from Brooklyn, New York, and as the name implies, is characterized by contortionist movements that look painful and eccentric at the same time.

When Jeon started to learn how to dance, he never would have expected that he would one day become an expert on zombie choreography.

“I thought I would become famous through dancing, if one of our dance clips went viral online,” Jeon said with a laugh during an interview with Korea JoongAng Daily on Monday. “I was attracted to bone-breaking because it was unique. When other people saw this type of dance, we saw that it certainly left an impression for its uncanniness, and it excited us that we were the pioneers of a new genre of dance.”

Though he is now best known as a zombie choreographer, Jeon first stepped into the movie world when he was recruited to work on the 2016 film “The Wailing,” alongside actors Jeong Mi-nam, Park Chun-bae and Jun Kunimura.

He was then contacted by “Train to Busan” director Yeon Sang-ho to choreograph the movements of the film’s zombies.

“What distinguished zombies in ‘Train to Busan’ from other films and television shows such as ‘28 Days Later’ (2002), ‘Dawn of the Dead’ (2004), ‘The Walking Dead’ (2010-2020) and ‘World War Z’ (2013) was the movement in which the undead would constantly writhe their necks, whether they were standing still or running,” Jeon said. “Yeon asked me to create movements that were similar to people who were infected with rabies, and the grotesqueness of this motion had a mind-blowing impact [on audiences].” 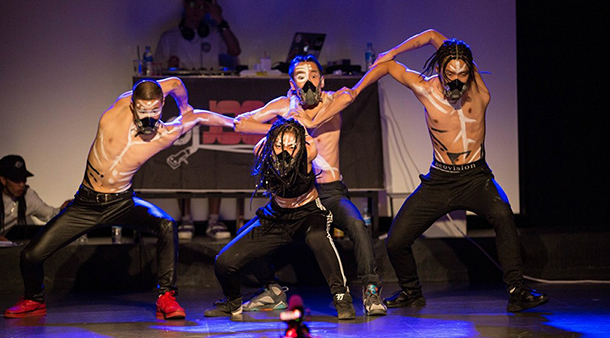 Centipedz, a dance crew that choreographer Jeon Young is part of, is currently Korea’s only crew that specializes in bone-breaking, a style of street dance that originated in New York. [CENTIPEDZ]

According to Jeon, the actors took plenty of time to get in shape and prepare for the zombie roles before the movie started filming. Actor Woo Do-im, whose character is part of the train crew and is the second person in the film to get infected, trained for four to five months for her brief but powerful appearance in the beginning of the film. All of the actors who played zombies learned and practiced various movements under the instruction of the choreographer to create dynamic movements with their own distinct aspects.

The zombies from “Kingdom,” on the other hand, were based on the movements of sleepwalkers.

“Director Kim Seong-hun wanted the Joseon zombies to be entirely different from the zombies in ‘Train to Busan,’” Jeon said. “I thought, ‘Why not go back to the lifeless zombies that fans of undead films love?’ Plus, Kim emphasized that the undead should appear like ghosts from traditional urban legends, such as egg ghosts. (The faces of egg ghosts are completely smooth without features such as eyes, nose, ears or a mouth.) [As if their heads are independent from the rest of their bodies], these zombies crane their necks as far as they want, and rely on their noses to sniff out the blood, whereas in ‘Train,’ the zombies rely on their ears to hear [people’s movements]. If you compare little details like that, they are two completely different kinds of zombies.”

The choreographer swells up with pride whenever he reads or hears compliments about his zombie’s movements, but he admits that negative comments are the ones that stick in his head.

“There are some criticisms that are really detailed,” Jeon said. “Some viewers are able to spot awkward moments [in the film] that can’t be helped, and I guess this could also be how local zombies are different from foreign ones. Although the CGI [computer-generated imagery] technology used in local films has greatly improved, we still lag behind Hollywood.

“In big budget blockbusters like ‘World War Z,’ they capture the motions of the choreographer and can use them to bring to life computer-generated zombies on screen. It is really useful in dangerous scenes, like when we have to portray zombies falling on top of one another. But for us, these scenes are done by real actors. In other words, we have to put the actors’ safety first in dangerous circumstances, and that may be a limit that we could break in the near future.”

However, Jeon added that there are advantages to lacking CGI as well. For viewers who have grown tired of animated zombies, K-zombies stand out because each one has their own personality and movement style that the actors practice over months.

“But I think that in terms of zombie movements, we’ve progressed further [than Hollywood],” Jeon said with a grin. “When I started to choreograph movements for ‘Train,’ I would be impressed by the work done by the Hollywood zombie academies, but that no longer applies after the second season of ‘Kingdom’ came out.”

Due to the high quality of local zombie films and shows, Jeon has been featured in the media quite often in recent years. However, the choreographer wishes to remain behind the scenes as much as he can.

“When I was working on ‘Train,’ I wanted to be recognized,” Jeon said. “I wanted people to know that it was done by me. But now, I want to remain in the shadows like I used to be because people’s responses are different when they know that the movements were choreographed by me. I just want people to be impressed by what they see on screen.”

As the country’s only choreographer that specializes in bone-breaking, Jeon says that he is called upon whenever there’s a local movie scene that involves bizarre movements.

“I get calls to work on not just zombie films, but other genres like horror and occult that involve portraying monsters and creatures,” Jeon said. “My source of inspiration usually comes from comics and games. I like Japanese comics like ‘Mob Psycho 100,’ ‘One Punch Man’ by cartoonist ONE, and Yusuke Murata’s remake of ‘One Punch Man.’ Murata especially draws phenomenal movements that I haven’t seen anywhere else. As for games, [I am inspired by] anything horror related, like the From Software series.”

Jeon’s next work is the highly anticipated follow up of “Train to Busan,” “Peninsula,” which takes place four years after the events portrayed in “Train,” and zombies now dominate the Korean peninsula.

“I gave it all I had for ‘Peninsula,’ and personally I think this is my best work yet,” Jeon hinted. “Nowadays I feel that I’m on the brink of retirement. My body isn’t like what it used to be, and I can feel [some parts] becoming rusty. So I decided to give it my all, like it was my last project. That’s how passionate I was for this film. But, I don’t know how people will see it though. Their responses have always been different from what I was expecting.”