Information as a right

Information as a right 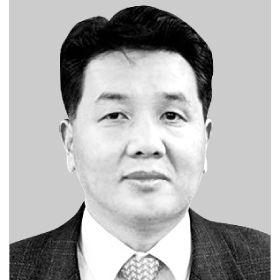 But sending a photo was just the beginning. Through the 3G, 4G and 5G telecommunications eras, we not only send photos but also videos, and can even download a movie in a matter of seconds. On April 9, some schools had online opening for remote classes on computers and smartphones. There are two-way classes too. You can do roll call while walking down the street. Is this really a class and school if you can report to a class on the street? It wouldn’t matter as long as you can attend classes on your smartphone wherever you are.

The digital divide was an important social issue in the late 1990s and early 2000s when internet access grew explosively. As people believed there should not be discrimination on access to communication technology because of economic, physical or social conditions, the law on resolving digital divide was enacted in 2001.

Social interest in resolving digital divide seems to have declined in the 2010s. While the government is making great efforts to narrow the digital divide, it is not comparable to the early 2000s. Then, with the advent of online schooling, the digital divide has emerged as an issue again.

Online schooling is ubiquitous learning — a form of education where students can study as they wish — anytime, anywhere, regardless of the time, location and environment. A fast and reliable communication network and internet-enabled smart device are necessary. Here, contents and systems to support students in need of assistance are needed.

We thought everyone has a smartphone and freely uses it, but it turns out that is still not the case for a considerable number of students. The Ministry of Science, Technology and ICT and the Ministry of Education announced that 316,000 smart devices would be lent for free to the students in low-income families before the first online school opening on April 9 for 9th and 12th graders. But it means that many students are in a blind spot for smart devices. Public agencies and big corporations donate smart devices, which also shows that a considerable number of students are in need of one.

Some say that online schooling poses challenges to parents. But if you can complain, you are lucky. Many households find it hard to have the children participate in online schooling properly. A considerable number of students in multicultural families are expected to struggle with online classes. There are more than 100,000 students with multicultural family backgrounds. Many parents are not proficient in Korean, and both parents are working in many cases. There are special concerns about younger students in lower grades, as well as students in rural areas. While smart devices can be supplied, children whose parents are both farming or who have single parents or grow up with grandparents would have a hard time keeping up with classes. These children need education and support more than anyone.

The constitutional amendment President Moon Jae-in proposed in March 2018 included ensuring information as a right. The right for everyone to access and use online information regardless of time and place should be guaranteed as a basic right to pursue humane life. Resolving the digital divide at the level of basic information right is an important task. Now that it has been revealed how the digital divide still exists in our society, we need to work on narrowing the gap. The online school opening presents us many challenges. Education Minister Yoo Eun-hye said it is a path no one has taken. She is right.